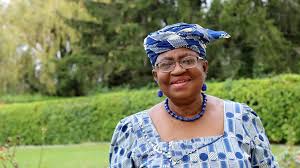 Nigeria’s Ngozi Okonjo-Iweala, has been named the director-general of World Trade Organisation.

She could have been installed as the boss of WTO late 2020 but the then American president Donald Trump threw its weight behind South Korea Trade Minister Yoo Myung-hee.

Okonjo-Iweala is the first African and first woman to lead the organisation.