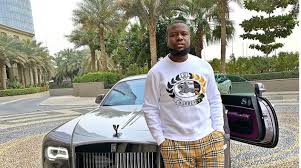 Nigerian Instagram celebrity Ramon Abbas, also known as Hushpuppi, has been named in another case in the United States, this time with North Korean hackers involved.

The United State Justice Department said Hushpupp conspired with a Canadian-American citizen Ghaleb Alaumary and others to launder funds from a North Korean-perpetrated cyber-enabled heist from a Maltese bank in February 2019.

The DoJ said Alaumary is a “money launderer for the North Korean conspiracy, among other criminal schemes.”

It said Alaumary agreed to plead guilty to conspiracy to engage in money laundering, a charge contained in a criminal information filed in the United States District Court in Los Angeles on November 17, 2020.

“Alaumary was a prolific money launderer for hackers engaged in ATM cash-out schemes, cyber-enabled bank heists, business email compromise (BEC) schemes, and other online fraud schemes. Alaumary is also being prosecuted for his involvement in a separate BEC scheme by the United States Attorney’s Office for the Southern District of Georgia.”

Hushpuppi is currently facing separate trial for conspiring “to launder hundreds of millions of dollars from BEC frauds and other scams.”

His trial has been stalled temporarily due to the coronavirus pandemic.

According to the chambers orders of Judge Otis Wright released September 23, the jury trial will continue by 9:00 a.m. on May 4, 2021.

“If convicted of conspiracy to engage in money laundering, Abbas would face a statutory maximum sentence of 20 years in federal prison,” US Department of Justice said in a statement last July.

FBI’s Special Agent Andrew John Innocenti said in a criminal complaint filed before the United States District Court for the Central District of California that “beginning no later than October 15, 2019, and continuing through at least October 17, 2019, in the county of Los Angeles, in the Central District of California, and elsewhere, the defendant conspired to launder proceeds fraudulently obtained from a law firm.”

Hushpuppi was arrested in a Dubai hotel in June and was extradited to the US thereafter.

Federal prosecutors in Los Angeles said in a criminal complaint filed against him alleged that Hushpuppi and others committed a BEC scheme that defrauded a client of a New York-based law firm out of approximately $922,857 in October 2019.

Hushpuppi and co-conspirators allegedly “tricked one of the law firm’s paralegals into wiring money intended for the client’s real estate refinancing to a bank account that was controlled by Abbas and the co-conspirators,” DoJ statement said.

“The affidavit also alleges that Abbas conspired to launder funds stolen in a $14.7 million cyber-heist from a foreign financial institution in February 2019, in which the stolen money was sent to bank accounts around the world.

Abbas allegedly provided a co-conspirator with two bank accounts in Europe that Abbas anticipated each would receive €5 million (about $5.6 million) of the fraudulently obtained funds.”

“Abbas and others further conspired to launder hundreds of millions of dollars from other fraudulent schemes and computer intrusions, including one scheme to steal £100 million (approximately $124 million) from an English Premier League soccer club, the complaint alleges.”