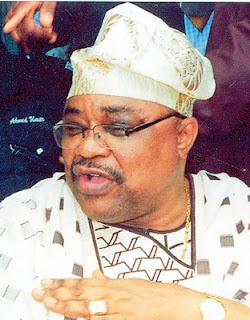 Governor of Oyo state,Adebayo Alao Akala is at the centre of a growing controversy.
The fresh story swirling up about the person of the number one citizen of Oyo state is the handiwork of oppositions- and the people behind the development are ready to stand by it.
Information available to Man About Town indicates that political opponents of the governor with former governor and chieftain of action congress, Alhaji Lam Adeshina as arrow heads have gone to town with claims that the incumbent has frittered away all of one hundred and twenty seven billion naira belonging to the state.
The fund is said to be accumulation of all monies accrued to the state via the federal government since Otunba Akala assumed office.
The opposition alleged that all the projects the governor claimed to have perfected all these years do not amount to a quarter of the fund in monetary value. And the Governor is said to have told all and sundry that he has expended all the money and is even sourcing for more funds to be able to perform better.
Information at the disposal of Man About Town revealed that the opposition have compiled a detailed document of myriads of allegations relating to the fund and presently collating signatures to a petition that will invite relevant authorities to look into the matter.
It is not sure how soon this act well be perfected.
Meanwhile as if unmindful of this growing agitation against him, insiders explained that the former police boss turned governor just doled out five million naira as birthday gift to one his trusted aides.
The beneficiary is listed as Mr Diran Odeyemi, the governor’s special adviser on special duties
Mr Odeyemi is about to turn forty- and the Governor was said to have avail him the fund to enable him set up a proper celebration among other things.
Posted by MAN ABOUT TOWN at 2:38 AM