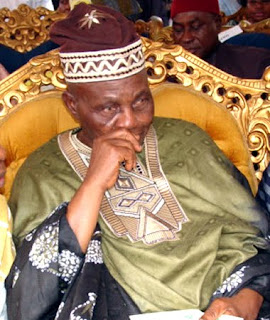 A couple of days back Peju the daughter of late Oyo state political warlord and wife of senator of the federal republic of Nigeria- Gbenga Babalola suffered a huge emotional trauma and loss.
She was abducted by armed bandits- and her newest automobile, a Range Rover jeep carted away.
The wonder on wheel is listed as a gift from her husband shortly after they wedded.
Sources explained that the armed robbery attack took place in Ibadan Oyo state.
Incidentally the place of the incident was the former strong hold of the victim’s late father.
Informants explained she was attacked at gun point and bundled into the car’s boot.
Further information revealed that she was taken out of the state- and dropped off at an obscure town before the robbers made away with the jeep.
Sources claimed that she is comfortable back in the warm embrace of her senator husband presently- but the Jeep is yet to be recovered at press time.
Posted by MAN ABOUT TOWN at 10:18 AM