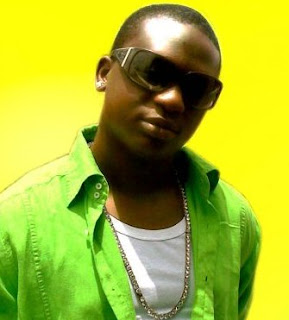 Rave musician, Wande coal’s- real names Wande Ojosipe- nude pictures were leaked on the internet on Wednesday July 14 2010 via the social networking site Twitter. The same picture was retweeted ( sent around severally on the same medium) before it eventually found it way into other internet sites and Wande rose to the status of an obscenity coated star.
The development was speedily rising to the position of the most talked about topic in and out of the entertainment circle as at press time.
The picture contained the image of a dark skinned, slightly and totally naked figure lying eagled spread on a large bed, in deep slumber.
The face on the body parades that of Wande Coal- and the figure exemplifies that of the sotto voiced star.
The figure slept upwards and his limp pecker was very visible for all to see- it certainly didn’t come across as striking.
The picture that later found its way into more popular social networking site, the FaceBook elicited countless comments from people of different associations with the musician.
Fellow musical acts like rapper Ruggedman- Michael Stevens- and Banky W- Bankole Wellinghton- reportedly commented with abusive words for the individual responsible for posting the picture.
Ruggedman was literally torn apart by his followers for passionately defending Wande.
He had posted that “All you shameless, evil minded people passing round that photoshopped picture of a nude guy will get your reward in Jesus name”
His comment was said to have earned him abuse from many of his followers.
The general tone was that he was playing on their intelligence by suggesting the picture was a super imposed job.
Others that attempted to defend Wande Coal with the same excuse suffered the same fate.
Head of Wande Coal’s musical label the Mo Hit’s crew Don Jazzy – Micheal Enebeli- was more moderate in his approach to the growing nude picture mess.
He first posted on Tweeter that ‘“Kaiii, my boy is trending… that is not Wande coal but whoever started this one tried”.
After he claimed to have spoken to the victim of the offending picture he posted another comment he claimed Wande made to him “Baba I don see am o. e pain me small but at least sebi now gals go free me make I see better gal marry”.
All other members of the Mo Hit’s crew D Banj, Dr Sid, Prince, K- Switch and D prince maintained a deafening silence over the development.
The approach adopted by the Mo Hits crew and the seemingly inane comments from their leader Don Jazzy infuriated a section of the followers of the unfolding event.
The infuriation of this cadre of fans was exemplified with the comments posted by popular blogger based in the United States of America She- Funmi.
‘. “everyone is showing their support now that a nude picture is leaked, Wande is not treadind for the right reason. Photoshop my ass. When the photo of him and Dbanj smoking weed was leaked why don’t they say it was photoshopped? The bottom line is stop f****king random girls, then shit like this won’t happen....own up to your own shit.
Though Don Jazzy and other supporters of Wande Coal are still insisting of a super imposed job of the musician’s face on a naked body- fans coming into contact with the picture by the hour maintain there is no pointer on the picture to support this claim.
What is not sure however is the long term effect the incident will have on the fast rising musician- though sources claimed the notoriety trailing the incident has resulted in immediate scramble for the download some of his songs posted on you tube.
Wande is said to be presently on an engagement trip out of the country with mentor and act on the same musical label- D Banj- Dapo Oyebanji.