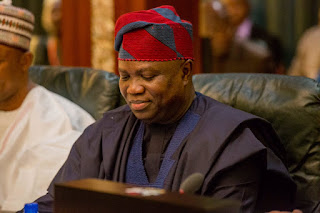 Details continue to emerge following the raid by the Economic and Financial Crimes Commission, EFCC, on the Epe and Ikoyi, Lagos homes of former Governor Akinwunmi Ambode, Tuesday morning. The anti-graft agency’s operatives had stormed the Epe country home of Ambode but were prevented from
gaining entry by a horde of youth.

In a statement by his media aide, Habib Aruna, the former governor, who is out of the country, said that the EFCC operatives’ visit to his houses was without any prior notice. According to the statement, “These searches were carried out extensively and the operatives left without any incident. The former governor reiterates that the EFCC has till date not had any direct communication with him on any subject matter whatsoever and if or when it occurs, he is ready and willing to respond.”

Reacting, Tony Orilade, spokesman of the EFCC, said the search on the house was not a raid, but part of an ongoing investigation which is “in line with (the EFCC’s) mandate and the rule of law.” Orilade further said, “We need to state for the records that the EFCC did not raid Ambode’s house. It is instructive that his administration, like other former governors, is under investigation since they no longer constitutionally enjoy immunity against prosecution.” As a tradition, the commission, Orilade stated, does not carry out an investigation on the pages of the newspapers or through the media; “Our operations are always covert until at a time when we file charges in court. Therefore, the attempt to cast the commission in a bad light is unacceptable as the EFCC will never engage in an illegal act. We remain committed to the war against corruption.” 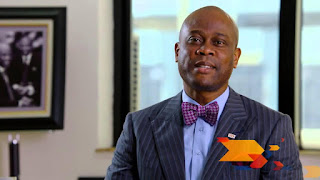 Indeed, Ambode has come under the scrutiny of the public and the EFCC for financial malfeasances being unearthed during his tenure as governor of Lagos State between 2015 and 2019. Apart from the multi-billion dollar Visionscape deal which many describe as his greatest injustice to the Lagos economy, it has emerged that Ambode awarded many opaque deals that did not go through due process. A case in point is that of Craneburg Construction established in 2016, one year into Ambode’s administration, and purportedly owned by his bosom friend, Herbert Wigwe, the Group MD/CEO of Access Bank Plc. Without previous construction experience, Ambode reportedly awarded the company a $300million deal for road projects around select areas of the state particularly his Epe constituency. Not just that, sources in the EFCC say Ambode is also being investigated for his dealings with the bank over his four-year administration. Whilst the investigation continues to dig deep, Ambode has decided to stay put in London.