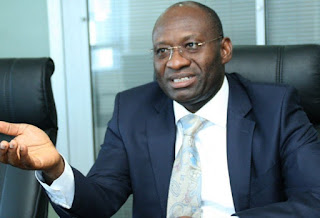 Heritage Bank has spoken on talks that it is being troubled by the inability to recoup a N20Billion naira loan facility.
The loan was reported issued to
Funtua Group owned by Alhaji Isa Funtua.

Insiders claim – and reports here and there – that the loan facility contributed to the process that enabled Funtua Group champion the takeover of Keystone Bank.
It was part of a big-money AMCON (Asset Management Corporation of Nigeria) Fund warehoused at Heritage Bank.

The Fund is now being classified as “Bad” in the books of Heritage Bank information at hand revealed.
But Heritage Bank spokesperson Blaize Udunze stated the information is not correct.
“Get your figure right. We can’t give out N20billion to a person when it is not to a country, It is not true…get your figure right” Heritage Bank spoke’s person Blaize Udunze stated.
Societynow.ng’s checks revealed that the implication of classifying a loan “bad” is for possible takeover by AMCON, which was “created to be a key stabilizing and re-vitalizing tool aimed at resolving the non-performing loan assets”.

While not disputing Heritage Bank’s position as disclosed by Blaize, socetynow.ng’s checks revealed that Billionaire Aliko Dangote obtained a seven-year term loan of $650million (about N23billion) from Afrexim Bank as part of efforts to build Nigeria’s first private and Africa’s largest petroleum refinery valued at $14billion.
This is outside of a $4.5billion debt financing that was announced for the high-value refinery
Posted by MAN ABOUT TOWN at 3:14 AM