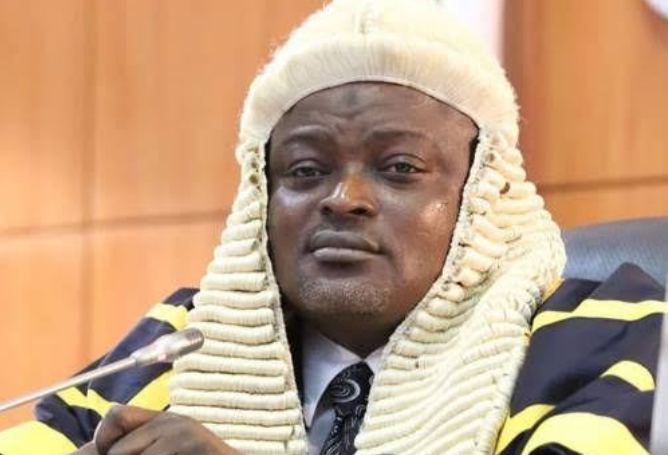 Societynow.ng confirmed that the game is on!
And this is regarding who occupies the Lagos West Senatorial seat in 2023.
Multiple term federal legislator Solomon Olamilekan Adeola popularly called
‘’Yayi’’ currently holds the position.

Yayi beat off a fierce challenge from Musiliu Obankoro, who recently defected from rival People’s Democratic Party, to retain the ticket of the ruling All Progressives Congress and hold on to his seat.

Obanikoro is said to have immediately launched underground campaign to make another bid for the Senatorial ticket of Lagos West as part of the build-up to next general election scheduled for 2023.
Insiders disclosed that Speaker of the Lagos State House of Assembly, Mudashiru Obasa after reviewing his chances of becoming the governor of Lagos state, has opted to gun for the Lagos West Senatorial seat.
Societynow.ng gathered that this put him on course for a direct collision with Musiliu Obanikoro – and Yayi, should he decide to run again.
Insiders disclosed not one to waste time in going after what he wants, Obasa has drawn first blood against Obanikoro.

‘’The rejection of candidates sponsored by Onbanikoro in the list of Governor Sanwo-Olu’s (Babajide) commissioner nominees by the Lagos State House of Assembly signaled the beginning of the fight between Obanikoro and Obasa over Lagos West Senatorial seat’’ a source stated.
Insiders disclosed that Obasa orchestrated the rejection to contain the influence of Obanikoro as the underground battle for the senatorial ticket at stake kicks off.
‘’Though the allegations against Obanikoro’s candidates didn’t help their case’’ societynow.ng learned.
How Obanikoro intends to make up for the loss, or Yayi’s position on re-election is not clear at press time.
Posted by MAN ABOUT TOWN at 3:30 AM