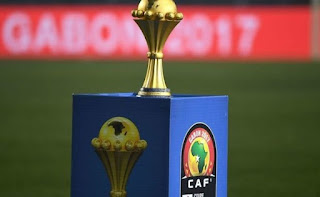 The Africa Cup of Nations trophy retained by Egypt permanently after the Pharaohs won the title three times in a row has been lost, with former federation member Magdi Abdelghani explaining that the cup was destroyed in a fire at the association's Cairo HQ in 2013.

Ex-Egyptian Football Association vice-president Ahmed Shobeir earlier revealed that the trophy was discovered missing during preparations to build a museum to house all of the silverware won by the North African nation.

Former Fifa Board Member and Pharaohs great Abdelghani later confirmed that the cup was one of several items of silverware that had been lost in a fire seven years ago.
Posted by MAN ABOUT TOWN at 11:59 AM