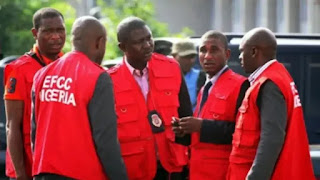 A former Managing Director of the Niger Delta Development Commission( NDDC), has forfeited a sum of N250,000,000 to the Federal Government.

The EFCC had approached the court, seeking the forfeiture of the fund, arguing that it was traced, recovered and reasonably suspected to be part of proceeds of unlawful activities.

Specifically, investigation by the Commission revealed that a contractor with the NDDC, received funds for a purported contract and transferred N250million, suspected as kickbacks, to a real estate company, for the acquisition of a property in favour of the former MD of the NDDC.

The EFCC, armed with enough facts and figures involved in the transaction, approached the court for the forfeiture of the money to the government. Justice Aikawa granted the order of final forfeiture accordingly.