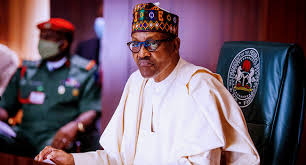 The 36 states of the federation have gone before the Supreme Court to challenge the Presidential Executive Order No. 00-10 of 2020 signed in May by the President, Major General Muhammadu Buhari (retd.), on the funding of the courts.

The 36 states, who filed the suit through their respective attorneys general, are seeking an order of the Supreme Court quashing Buhari’s Executive Order for being unconstitutional.

The sole respondent in the suit is the Attorney General of the Federation, Abubakar Malami (SAN).

In the suit filed on their behalf by nine Senior Advocates of Nigeria, led by a former President of the Nigerian Bar Association, Mr Augustine Alegeh (SAN); and six other lawyers, the 36 states explained that Buhari, by virtue of the Executive Order he signed on May 20, 2020, had pushed the Federal Government’s responsibility of funding both the capital and recurrent expenditures of the state high courts, Sharia Court of Appeal and the Customary Court of Appeal, to the state governments.

They contended that Buhari’s Executive Order No. 00-10 of 2020 was a clear violation of sections 6 and 8(3) of the 1999 Constitution, which make it the responsibility of the Federal Government to fund the listed courts.

The 36 states, which said they had been funding the capital projects in the listed courts since 2009, are also praying the Supreme Court to order the Federal Government to make a refund to them.