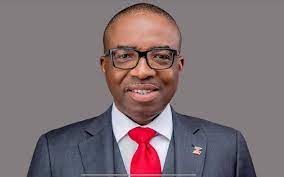 The CEO and MD of Zenith Bank, Ebenezer Onyeagwu received a sum of N246 million as salary in 2021 from the bank, which is 6.97% higher than the N230 million received in the previous year.

This is according to information gathered by Nairalytics, the research arm of Nairametrics, from the audited financial statement of the bank.

Mr. Onyeagwu, who took over at the helms of affair in Zenith Bank in June 2019, is one of the highest-paid MD/CEOs in the country. According to a related ranking by Nairametrics in 2021, Mr. Onyeagwu was the 9th highest-paid chief executive in 2020, with a take-home of N230 million.

Meanwhile, Zenith Bank, which is the most capitalized financial institution on the local equities market, with a total valuation of N729.9 billion also paid a sum of N1.66 billion to its directors as emoluments.

A further breakdown of the directors’ payment shows that N1.09 billion was paid as executive compensation to the directors, N568 million as fees and sitting allowances, while the bank paid N9 million for retirement benefits.

Mr. Onyeagwu is also set to earn N201.69 million dividend income from his 65.06 million units of direct shares held in the bank. Recall, that the banking giant declared a final dividend per share of N2.8, following an initial interim payment of 30 kobo, bringing the total payments per share to N3.1. The final dividend is set to be paid on the 6th of April 2022, after the bank’s annual general meeting.

Zenith Bank printed its highest profit after tax ever in 2021 of N244.5 billion, representing an increase of 6.1% compared to N230.6 billion recorded in the previous year.

The bank also grew its deposits by a whopping 21.2% to N6.4 trillion while its total assets rose to N9.4 trillion.

Similarly, interest income improved by 7.1% to N427.6 billion in the review year, from N420.81 billion recorded in the previous year.

The Managing Director/Chief Executive is the most senior executive position in the company, charged with the responsibility of piloting the firm’s affairs and ensuring profitability and growth.

CEOs are the ones at the helms of affairs and therefore, receive criticisms for poor performances as well as credit for stellar company performances, which is why they receive the highest paycheck at the end of the year.

It has become imperative for organizations to encourage competitive staff compensation, especially to their chief executives, who are in charge of pivoting the organization to success. Zenith has consistently increased the CEOs salary annually since 2019 when Onyeagwu took over the position.