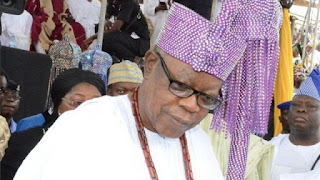 The Olubadan of Ibadanland, Oba Lekan Balogun has withdrawn three promotion letters earlier issued to some Ibadan chiefs describing it as an administrative error.

The letters of promotion were issued to three individuals who were due for promotion in both Balogun and Olubadan lines.

The Mogaji will then be promoted from Mogaji to either Jagun Balogun or Jagun Olubadan.

Such person will then move from one ladder to the other and subsequently become Olubadan.

The people of Ibadan were surprised when they discovered that two letters of promotion from Mogaji to Jagun Balogun have been issued to two individuals, a position reserved for only one.

The development is currently causing confusion in Ibadan, the Oyo State capital.

The Olubadan has, however, withdrawn the three letters.