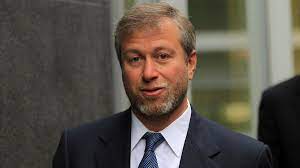 Chelsea owner Roman Abramovich has put the club up for sale amid the looming threat of sanctions from the UK government following Russia's invasion of Ukraine.Abramovich is alleged to have close ties with Moscow and president Vladimir Putin, who ordered troops into neighbouring Ukraine last week.Although it was previously stated the club was not for sale, it was revealed on Tuesday that Abramovich's stance might have shifted due to the escalating conflict and calls for him to be sanctioned by the government, and The Telegraph reported that the Russian-Israeli has put Chelsea on the market.It is claimed that potential buyers have been approached by a US-based merchant bank and have been told Abramovich will demand £4bn for his asset, although he may only receive offers of half of that sum as a result of his weak bargaining position.In the past Abramovich has rejected bids of £2.2bn for the Stamford Bridge side, with a similar proposal certain to cover the club's £1.51bn debt to him.