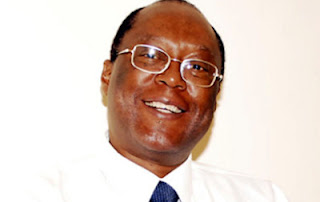 Professor Osunbor who made his intention public at a press briefing in Benin City, said he intends to actualise his aspiration on the platform of the All Progressives Congress, APC.

“I offer myself as an aspirant in the forthcoming elections as a man that is well known to the people of Edo state and beyond. I have built for myself over the years a reputation for excellence integrity, hard work and a remarkable track record of achievements.