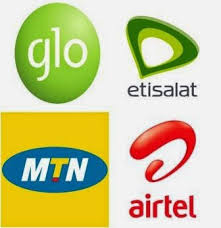 Members of the House of Representatives on Wednesday grilled telecommunications service providers over the recent mass sacking of Nigerian employees in the industry.
Major operators, including MTN, GLO, Airtel and Etisalat, appeared before the House Committee on Telecommunications to
address the development, which had thrown many young Nigerians into the unemployment market.

However, the committee, which is chaired by a member from Oyo State, Mr. Saheed Fijabi, focused more on MTN, where “356” Nigerians had exited the firm in the last one year.
MTN was represented at the session by its Acting Corporate Services Executive, Oyeronke Oyetunde, and the Acting Human Resources Executive, Ajibola Opeluwa-Calebs.
They were grilled by Fijabi; the Chairman, House Committee on Foreign Relations, Ms. Nnnena Ukeje; Mr. Diri Duoye; and Mr. Kehinde Odeneye.
MTN disclosed that it had a total payroll of 1,493, out of which 1,478 were Nigerians and 15 expatriates.
The firm admitted that a total of 356 employees had left MTN in the last one year.
However, the company clarified that in April this year, a special exercise of voluntary disengagement was carried out by MTN where 194 affected employees willingly agreed to leave after they had been given “a favourable package.”
Defending the exercise, Opeluwa-Calebs stated, “There were discussions with these employees and under the voluntary arrangement, they requested on their own to use their skills elsewhere.
“This was a seamless exercise that was not forced on them; some agreed to go and set up businesses of their own with the package, which was rewarding.”
He added that 65 other employees left “involuntarily,” meaning that they were sacked.
This brought the number of employees, who exited MTN in April alone to 259.
According to Opeluwa-Calebs, MTN started as a voice service organisation, but along the line, it began to digitalise and expand its services.
He explained that in the course of the transition, some employees, who did not have the requisite skills to remain in the system, fell off along the line.
Opeluwa-Calebs claimed that though people left the organisation, MTN had actually created new 240 jobs in line with its restructuring to provide better services.
But, lawmakers argued that it was almost impossible that an employee would opt to request for a package and be disengaged from a firm running a “lucrative and profitable” business like MTN.
The committee asked why it was not better for MTN to retrain the employees to fit into the new terrain of digitalisation instead of the voluntary disengagement option.
The firm was also directed to submit the names and contacts of all those disengaged so that the committee would ascertain whether they indeed agreed to leave MTN voluntarily or not.
Airtel too made a presentation to the committee, admitting that 90 employees left the firm in the last one year.
However, it claimed that 66 of those who left, resigned, six were sacked, while another 14 were disengaged.
Airtel was represented by its Director, Human Resources, Mr. Gbemiga Owolabi,
The committee will take more submissions from MTN, GLO, Etisalat and Airtel on revenue losses.

Punch
Posted by MAN ABOUT TOWN at 1:01 AM