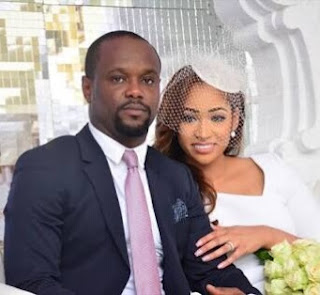 It has been elation galore since the birth of Seyi Tinubu's gorgeous little angel. Daddy and mommy have been besides themselves in unbridled joy, so also their own parents on both sides. Layal's mom a first time grandmother is radiating in bliss and joy at the birth of grandchild.

We hear that the great Jagaban, the politico of renowned repute, Asiwaju Bola Ahmed Tinubu and his wife Senator Oluremi Tinubu, have been thoroughly estatic as they have welcomed their new granddaughter, who would be named in 8 days, meaning on Friday, June 10, 2017. Mother and daughter are in great health and bonding perfectly according to our findings.

The elated new father, who only just welcomed his baby daughter from what we hear has just taken delivery of 2 humongous state of the art machines to celebrate his wife and gorgeous daughter.

For himself he got a brand spanking new, sexy black
S63 Mercedes Benz Coupe, a gorgeously seductive and totally intimidating car, which we hear starts at about ₦50 million Naira.

This Merc is technology on fire and we hear the inside or better still, interior is tan in colour. It's like driving a private jet, like a Gulfstream​ IV. It's normal road racing awesome machine at its best.

This is adding to the other awesome cars already in his mind blowing collection, which makes it 3 top of the range Mercs and a Bentley 2-door.

For madam, as a form of thank you my darling, the MD of Loatsad Promomedia​ also took delivery of a brand spanking new, luminescent white Range Rover Autobiography also, 2017 edition at that which starts from $170,995 which is in excess of ₦50 million Naira.

For those familiar with Range Rovers, the autobiography edition or class is the highest you can go; what the mode or edition implies very simply is that, it is a signature range in their collection. Both cars conservatively put, would have set him back by not less than ₦110 million Naira only.

For many who might not know Seyi very well, the law graduate of the University of Buckingham with both his LLB & LLM degrees has had his hands in some very lucrative pies as of recent and if things continue to unfold as fantastically as they have been of late, dude should emerge soon as one of the biggest players in advertisement/outdoor promotion/branding sub-sector.

His brand we hear has stakes in Shazam and AirPush, 2 well known international brands. Loatsad Promomedia is connected to Promomedia, the biggest outdoor and media supplier in the Middle East, number 1 in Lebanon and Iraq.

A testament to that connection are some of those in your face, one of its kind, LED outdoor billboards owned by Loatsad Promomedia and mounted strategically in some exclusive areas on​ the island, displaying plenty of adverts and promos.

The very energetic dude and avowed Polo buff, also has hands in Construction and energy.

But what he is best known for albeit very quietly is his philanthropic drive, which in the next few months he wants to take to the very next level. His idea is to take kids off the streets and care for every level of their education, thereby empowering such. With those machines!!!!! What a sweet way to celebrate a new birth!

maestromedia
Posted by MAN ABOUT TOWN at 1:30 AM