Why Consortium Of Banks Can’t Take Over Etisalat Over Mega Debt! 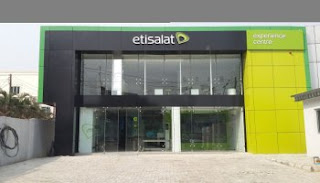 Strong indications emerged on Wednesday that the consortium of banks being owed N541 billion by Etisalat Nigeria has no intention of taking over ownership the telecoms network.

Some media reports had indicated that the consortium
led by Access Bank had moved to take over the telecoms form following the collapse of Emerging Markets Telecommunications Services, EMTS, promoted by-one time Chairman, United Bank for Africa, UBA, Hakeem Bello-Osagie, to reschedule the $1.72 billion debt.

Sources close to the banks told our correspondent that the facilities approved by the banks for Etisalat Nigeria fell due for payment and the company has serially defaulted on repayment.
“Part of the facilities have become delinquent while the sponsors and management of Etisalat Nigeria were not forthcoming with the various restructuring options proposed by the lenders,” one source with knowledge of all the discussions said.

The source, who did not want to be named because he was not authorized to speak officially on the issue, confirmed that the consortium of banks have not been involved in the ownership of Etisalat Nigeria and therefore was not in a position to transfer or retain any percentage of Etisalat Nigeria shares.

Bloomberg reported on 20th June, 2017 that Etisalat Group, the parent company of Etisalat Nigeria announced a filing to Abu Dhabi Securities Exchange in Abu Dhabi, UAE of its intention to pull out of their operations in Nigeria without meeting their obligations.

Sources close to the banks noted that the telecoms firm’s precarious position and the response of the parent company amounts to abandoning the company’s monumental obligations in Nigeria, which includes a N541 billion syndicated and bilateral loans approved by 13 Nigerian banks, now delinquent as well as taxes and levies due to the Federal Government of Nigeria and regulatory agencies.

They also cited the impact on other third party creditors such as vendors, service providers and contractors and the apparent disregard for the commercial contracts entered into Nigeria as worrying signs of the parent company’s disdain to meeting its obligations.

The telecoms firm had been under pressure to repay the loan in the wake of the dropping value of the Naira but has so far failed to either reach any agreement with the consortium or attract fresh capital injection from its parent company, the Etisalat Group.