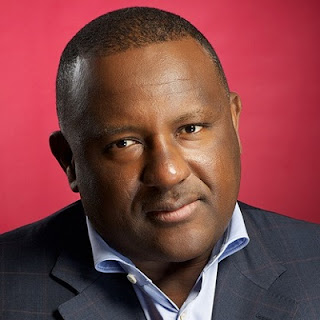 The exclusive haven of the wealthy and powerful, Banana Island, Ikoyi, Lagos, is set to welcome its newest resident. Sources have confirmed authoritatively that Abdulsamad Rabiu, the billionaire owner of BUA Group, has just completed a jaw-dropping mansion in the private estate and is all set to move in.
Those who have been there say
Abdulsamad must have spent a couple of billions to put up the wondrous edifice. This is however not a surprise to those who know him intimately or remotely. Rated by the American financial publication, Forbes, as one of the world’s richest men, his BUA group, which started business in the late 80s as a private company, is one of Nigeria’s largest conglomerates specializing in the importation and marketing of iron and steel, shipping, port concessions, real estate and agricultural and industrial chemicals among others.

Over the years, the company has diversified into a wide range of sectors including oil and gas and shipping. He also served as Chairman, Bank of Industry and is known for his philanthropic activities.
Rabiu’s love of cars transcends the trope of obsession or ordinary fleeting fascination. His vehicles’ garages in his palatial mansions across the world stock the best of state of the art automobiles. He Rolls Royce, Bentley and Aston Martin parked in his garage in central London.
The highflying entrepreneur believes that the home depicts the quality of soul possessed by a man, hence his acquisition of choice apartments and mansions in the most highbrow areas across the world.
He owns expensive and tastefully furnished homes in the most exotic locations n the world. According to a report, his BUA Group, rakes in annual revenues estimated at $2 billion. Very few people know that Rabiu has a weakness for the good life. In fact, one would have to get very close to him to know that he never dithers from acquiring the finest luxury money can buy.
According to Forbes, Rabiu owns property in Britain worth $62 million, and in South Africa, worth $19 million. Among his properties is a house in Gloucester Square in London worth nearly $16 million and a penthouse at The One & Only Hotel, in Cape Town, worth $12.6 million. Rabiu’s taste for good living is plain to see; he has bought homes from Eaton Square to Avenue Road, also known as Millionaires’ Row.
Rabiu jets around the world on an 8-seater Gulfstream G550 worth $44.9 million, powered by a Rolls-Royce BR710 turbofan engine, as well as an $18-million Legacy 600 aircraft. However, despite his simplicity and overwhelming inclination to play meek, it may not be out of place to describe him as the best thing to the business sector.


thecapital
Posted by MAN ABOUT TOWN at 8:41 AM