The Role of Visionscape In Cleaner Lagos Initiative..... What You Need To Know 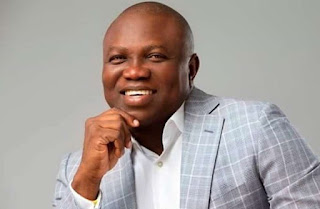 There has been a raging controversy over the involvement of Visionscape, Africa's leading environmental utility group, in the Cleaner Lagos Initiative. From the compelling reasons listed below, the Lagos State Government seemed to have
taken the right call by opting for Visionscape in its bid to turn Lagos State into one of the world's cleanest and healthiest mega cities:

1. The contract with the PSP operators expired last year. Since then, the state government has revalidated its contact with PSP operators that met its criteria.

2. The vision to clean up Lagos State and turn it into a clean and healthy state where over 20 million people will enjoy a new lease of life cannot be compromised because of 350 PSP contractors, many of who have been accommodated in the new Cleaner Lagos Initiative.

3. The argument that PSP operators are no longer involved in cleaning up Lagos State under the Cleaner Lagos Initiative is  incorrect because they have been integrated in the scheme and will be involved in collecting commercial wastes while Visionscape will collect residential wastes.

4. Over 27,000 workers with salaries above the minimum wage structure will be employed under the new CLI arrangement to clean up Lagos. This is more than the 5000 cleaners currently employed for the same purpose and they will in addition to their enhanced salary package also enjoy health insurance and be taken away from the highways where they would have been exposed to the risk of being knocked down by vehicles on top speed. The highways will now be cleaned by motorised sweepers. They will also work close to their homes and save the money they would have spent commuting to work if their centres were far away from home.

5. The PSP operators do not have the capacity to make the kind of investment Visionscape has made. Currently, all the transfer loading stations in Lagos are being modernised and retrofitted with world class waste management facilities, the Olusosun dump site and  others which have constituted unimaginable health risks will give way to modernised landfills. Work is already progressing steadily on the Epe Landfill. Over 600 brand new compactors have been imported while thousands more will be imported, 900,000 e-waste dustbins will be distributed to individual homes across Lagos state for effective management of waste collection, a 24 hour modern waste depot has been commissioned at Ogudu in Lagos while 2 more will be built.

6. If Visionscape was good enough to support United Arab Emirates  (which has the world famous and clean Dubai as one of its emirates), UK, South Africa, India etc to keep their streets clean, then it will help Lagos to achieve its waste to wealth objectives.

6. In the early 20s when the UK had issues with managing its train system called the London Underground, it turned to the Americans which helped to resolve the issue. In this modern and connected
world, no nation or state is an island anymore.

7. Like Governor Ambode said, Visionscape should be commended for deciding to invest in Nigeria in a season of economic despondency and recession and not the vilification/campaign of calumny being waged by a few vested interests who are determined to maintain the status quo and prevent Lagos State from joining the rank of the world's cleanest states.

8. The masterminds behind this plot have taken their selfish agenda to a ridiculous level by sabotaging the efforts of government to clean up the state. Some have been caught dumping refuse with compactors on Lagos Streets, all in a desperate bid to prove that the streets are still dirty. One cannot imagine the extent to which some people can go over filthy lucre.
Clearly, whoever is fighting against the Cleaner Lagos Initiative actively or surreptitiously is a certified enemy of progress.