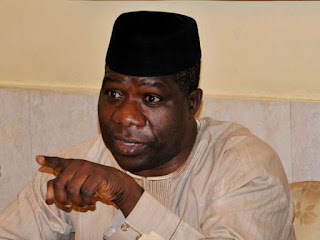 A chieftain of the ruling All Progressives Congress (APC), Bamidele Michael Opeyemi is currently standing trial before a federal high court in Lagos on a debt recovery suit brought against him by
the Asset Management Corporation of Nigeria (AMCON).

The decorated legal practitioner is being accused of defaulting on the payment of a loan he secured from defunct Oceanic Bank Plc in 2007. The alleged loan amount of N210 million has since ballooned to ₦511.3 million, inclusive of unpaid interest.
The statement of claim filed by AMCON’s lawyer Godwin Chigbo and obtained by The Lagos Times alleged that Bamidele had obtained an overdraft facility through an “Offer of Margin” facility for the express purpose of buying shares in some blue chip stocks.
Thereafter, efforts by the bank to compel him to liquidate the loan upon maturation fell on deaf ears as the defendant allegedly evaded his obligations up until the debt was transferred to AMCON.
The company claimed that it proceeded to write several letters to the defendant, through his email and also to his given address, demanding he pays up on the loan and accumulated interest, but all to no avail. Hence they were left with no choice but to commence legal action to recover the debt.
The presiding judge on the case Justice Saliu Saidu has however adjourned the case to October 17, 2018 for commencement of hearing. In the interim it is hoped that both parties would be able to come to an agreement for an amicable out-of-court settlement
thelagostimes
Posted by MAN ABOUT TOWN at 4:01 AM