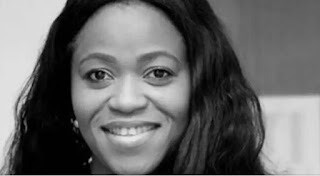 Official Secrets are on the loose.
The happenings behind the walls of Nexim Bank have started seeping into
the public place.

And the first chapter of what looks like a series bears the details of the conduct of Nexim top shot, Stella Okotete.
Okotete is the Executive Director, Business Development of Nexim Bank.
According to the details brought to town by thecapital.ng “Mess around with her at your own peril”.
The director is said to “loom large and domineering”.
Though the news platform claims the Nexim boss’ loyalists within the bank claim otherwise, that claims “the dark-hued lady loves to instill fear in the hearts of customers and staff of the bank and watch them squirm in trepidation at her plots” are just “figment of her detractors’ imagination”.
Societynow.ng confirmed in the face of these talks and counter talks, it is clear – there is an ‘unraveling situation at Nexim Bank pitching staff against one another”.
Findings by societynow.ng revealed Stella Okotete, who is said to draw strong influence from an extraordinary relationship with Minister Rotimi Amaechi, just happens to be the major player to attract public attention in the seeping secrets from Nexim Bank.
“Nexim Bank is slowing turning a cauldron with bubbling bitter stew, it just a matter of time before stakeholders have a bitter taste with the building gossips and conflicts there” a source pointed out to societynow.ng.
Posted by MAN ABOUT TOWN at 2:43 AM