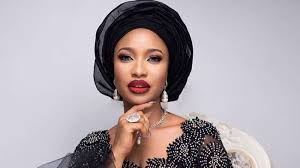 Confirming this, the Chairman, Feet 'n' Tricks International, Valentine Ozigbo noted that " Feet 'n' Tricks is on a mission to making Africa the home of freestyle football and providing a new platform for self-expression of skills in order to ultimately exploit the global appeal of the sport. In order to realize this, we decided to look for ambassadors, who exemplify the same passion for the sport like we do, and decided to work together with John Fashanu, Waidi Akanni, Samson Siasia, Kate Henshaw and Tonto Dikeh to actualize this dream”.

“Without a doubt, they have over the years demonstrated leadership in the sports and entertainment scene and beyond. To this end, we trust in their ability to help engage and inspire our target audience to accept as well as  promote freestyle football to the lofty height and the global phenomenon that it is now fast developing into. The infusion of Kate Henshaw and Tonto Dikeh into the event is to create an entertainment appeal to the sport and quip the interest of the youths. We are glad to have them onboard as brand ambassadors." Ozigbo said.
The qualifying rounds and Nigerian championship will hold on September 13th -14th, 2018 at the Balmoral Convention Centre, Federal Palace Hotel in Lagos. After the qualifying rounds, the best 16 male and 8 female freestyle athletes in Africa will emerge to battle it out at the grand finale on September 15, 2018 in a keenly contested competition that is expected to produce the first African male and female Freestyle Football Champions.

The new ambassadors, while commenting on their new role as ambassadors of Feet 'n' Tricks International, took turns to commend the firm for the hard work that has seen it rise to the height attained within a short period, while also noting that the gesture is indeed an honour.

"I am in-tune with the mission of this tournament, to develop and sustain the growth of the art of freestyle football because I have a passion for the development of grassroot football. What feet and tricks is doing is basically creating an avenue to accommodate these freestylers who have been neglected all over the continent." said Fashanu.

"My interest in this sport grew when I realised the huge potential it has to impact grassroots football and make an otherwise overlooked freestyler a celebrity, at no cost at all. I am happy to be part of this and I encourage people to register to attend the event." Kate Henshaw said.
Waidi Akanni said, "Freestyle football is the foundation of beautiful football, and it is an honor to be an ambassador of a tournament that is determined to touch lives and mine this huge reserve of talent in Africa. Because of the lack of structure in the sport, it has been impossible to harness the economic and entertainment potentials it possesses.  This championship by Feet 'n' Tricks International brings structure and reward to the table, making it possible for freestyle football to be more than just a hobby."

Tonto Dikeh said "Last year,  it was just a Nigerian Championship but this year, Feet 'n' Tricks has extended the event reach to Africa. It shows a growing company with a vision and I am happy to be brought on board as an ambassador. I am here to also encourage more women to be part of this game, because I have seen that this is one football sport that women find incredibly entertaining and awesomely beautiful. "
The 2018 Africa Freestyle Football Championship is a perfect fusion of freestyle football and entertainment as top musical and dance artistes will be performing, including Falz, Vanessa Mdee, Kcee, Mayorkun, Slim Case and Mr Real. The championship will also host international freestyle professionals; Guinness world record holder, Iya Traore and Female freestyle legend, Raquel Benetti from Brazil.

While appreciating Feet 'n' Tricks, Samson Siasia said: "Associating with an organization that is poised to project and reward talent in Africa is a good one for me because I am particularly happy with the positive impact this championship is having on the youths in Africa, who have only their freestyle skills to survive. This puts them on a pedestal for the world stage, and I foresee a world freestyle football championship from Africa. Anything is possible”,


Facebook: www.facebook.com/feetandtricks
Posted by MAN ABOUT TOWN at 2:34 AM