Managing Director of Bank of Industry, Evelyn Oputu’s integrity is under serious threat as the Financial Reporting Council of Nigeria (FRC)’s microscopic scrutiny has indicted her and directors of BoI for fund mismanagement, fabrication of false account records and acquisition of government properties through illegal means.

THEWILL, an online investigative platform has done a report detailing FRC’s findings. Here is THEWILL report: ‘Nigeria’s path to industrialisation is now being threatened following revelations that the Managing Director of the Bank of Industry (BoI), Ms. Evelyn Oputu, and some directors of the bank, have allegedly diverted monies and properties belonging to the bank set up to help grow businesses in the country. The alleged fraud which was detected at the twilight of last year is said to be running into billions of Naira, especially in assets allegedly converted by Oputu through a front, Tango Towers.

THEWILL reliably gathered that BoI, formerly Nigeria Industrial Development Bank, (NIDB), as a result of this development and others, is having problems getting its account for 2010, 2011 and that of 2012 approved by the Financial Reporting Council of Nigeria (FRC). This development, it was gathered, is an indictment on the supervisory roles of the Trade and Investment Ministry, which sources alleged, its minister, Olusegun Aganga, has been blinded by the gift of a black Range Rover Sport Unity Vehicle from the bank. ‘Impeccable sources also indicted BoI owners- the Central Bank of Nigeria (CBN) and the Federal Ministry of Finance Incorporation (MOFI). The alleged fraud is said to have been uncovered by the FRC while trying to ensure the level of compliance with the new accounting regime, the International Financial Reporting Standards (IFRS).
The FRC is the body that supervises and ensures compliance of private and public firms with the (IFRS). Preliminary investigation by the council allegedly uncovered several infractions in BoI’s accounts and sources said the development has prompted another round of investigation into the tenure of Evelyn Oputu, who assumed office in 2005 and ended December 12 2013. Oputu is awaiting approval for a one-year tenure extension after serving two terms of four years each. Jim Obazee, CEO of the Financial Reporting Council of Nigeria (FRC) told journalists Lagos that details of its investigations into the BOI will be posted on the council’s website. Obazee noted that 72 listed entities comprising 38 significant public interest entities and three government business entities, including BoI, Nigerian Aviation Handling Company Plc. and Nigeria Police Force Microfinance Bank Plc, submitted their documents to the FRC, when it carried out its last readiness test. ‘Though Obazee declined comment on the findings in BoI, the FRC report which has been sent to Minister of Trade and Investment, Aganga, described Oputu’s tenure as unsatisfactory. The report which was also sent to Oputu frowned at the management whose books for 2010 and 2011 have no records of about 12 properties and that of several funds being managed on behalf of some state governments.

Investigation also revealed that BoI has allegedly produced another statement of accounts for 2010 and 2011 without the knowledge of the Central Bank of Nigeria(CBN) and Ministry of Finance Incorporated (MOFI). The statements, allegedly, are also unsigned by its directors, according to findings.

THEWILL can also report that the FRC report noted that some BOI’s assets have allegedly disappeared from the books since 2008 while some have been allegedly converted for personal use by some of its directors. ‘Some of the assets are two properties on plot 23A and plot 25 on Bourdillon Road, Ikoyi, Lagos. They had to be compelled before the properties were included in the restated accounts for the two years and also for the 2012 though their book value were understated.

The controversy surrounding the latter, a multi-level property, which is directly opposite the house of former Lagos State governor, Bola Ahmed Tinubu, has allegedly forced the former governor to move from his house alleging that it constitutes security risks. When the accounts were restated, the accounts put the valuation of the multiple storey twin-tower property on 25 Bourdillon Road at N1.2 million, while the value of another massive building on 23A Bourdillon road was put at N946,000. ‘In the accounts of BoI, the twin-tower multiple storey building generates N3 million in rents annually, while the one on 23A Bourdillon road generates lower. Sources in BOI however revealed to THEWILL that $7.2 million had been earned on the twin-tower building on plot 25 Bourdillon though not stated in the bank’s books.

The money, it was learnt, could only be accounted for by the managing director and the staff in the finance department. Other highlights of the report included the placement in fixed account in Access Bank, of several intervention funds to assist some state indigenes and some strategic sectors. For instance, BoI accounts allegedly stated that the CBN N535 billion intervention fund for Power and Aviation sectors was fixed at three percent, while it was allegedly put at about 12 percent in Access Bank’s books, THEWILL gathered. Mr. Aig Imoukhuede, the just retired Access Bank Managing Director, was mentored by Oputu. The same revelation was also made of other managed intervention funds which is being kept in fixed deposit accounts in several banks but which the BoI management is allegedly reporting paltry three percent interest rates. ‘ 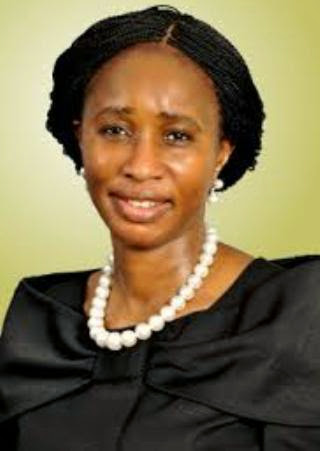