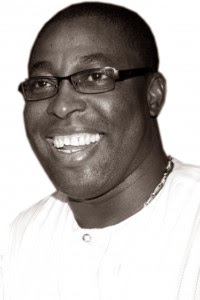 Lekan Osifeso, the battered image money man ( remember is exploits in the marital mishap of designer Tola Solomon?) Is back on the front burner of news items.

Here is a reproduction of trending details on his fresh misconducts.

'Otunba Lekan Osifeso is no stranger to controversy-and the Ijebu-high Chief has courted another, after it was discovered that his company, Lekai construction Limited is enmeshed in negative business practices.
Before now, Otunba Osifeso was in the kind of business the likes of Chief Fred Ajuda and Ade Bendel were into. However, unlike them, he was able to stop ‘hustling’ without being once convicted of the serious criminal offence.

A page turned in the Lagos big boy’s life when he ditched advance free fraud, so as to become an Abuja portfolio contractor.

After  years of playing madam at the notorious Excellencio, Tola reinvented herself as a fashionista, selling trendy ladies wears to prominent Abuja  women and states first ladies.

It was gathered that Lekai Construction Ltd rode on Tola’s influence to corner juicy construction contracts in Abuja. And things changed for the CEO (Otunba Osifeso) who was impoverished by the NDLEA and other security agencies in Lagos due to his involvement in controversial deals.

Investigation by orijoreporter revealed that Otunba Osifeso whose praise has always been in Fuji icon, KWAM1′s mouth, now has a luxury-three- bedroom apartment. A rented office in Durunmi 3 Area of Abuja, Lekai Construction’s office is as beautiful as any tiptop office in Manhattan.

'However, Otunba Osifeso’s routes to financial success has been as crooked as a crooked country roads.
In 2012, his company won a N6.5billion road contract in the Federal Ministry of Works with fake tax papers. The ministry’s procurement department headed by Mrs. M B Orewa and the Works Minister,  Mike Onolememem turned the blind eye on Lekai Constructing cheating after they allegedly received bribe.
It was said that Otunba Osifeso raised the $300,000 bribe (about N50M) he allegedly gave the Works Minister from the proceeds

of the right wing of his duplex located at Jabi Area of Abuja, which he sold to Sheriff Shagaya, son of First Lady, Dame Patience Jonathan’s friend, Hajia Bola Shagaya. Sheriff who once lost about N70m in an oil deal with ex-head of States, IBB’s son, Aminu Babangida is currently perfecting strategies to contest for Ilorin West/Asa Federal Constituency Seat in 2015 under the umbrella of Peoples Democratic Party (PDP).
Orijoreporter gathered that Otunba used part of the proceeds of his house sale to throw a lavish party for his late father at Ijebu in Ogun State on the 22nd of December  2012.

Sources said that the Ijebu-high chief often adopts tricky plots to bamboozle government officials by hurrying them up to mobilize him without getting Advanced Payment Guarantee (APG) from his bank. A contravention of the procurement act that mandates huge contracts such as his, to come with an APG issued by winning bidders’ banks.

The APG, a guarantee from the contractor’s bank accepting to bear the financial responsibility should the contractor fail to meet up, precedes mobilization payment. It also means the bank must monitor the project and ensure full compliance.
However, Works Minister, Mike Onolememem  approved the sum of N800 million naira for Lekai Construction without carrying out due diligence.

An underperforming firm, the company was said to be operating with forged documents.
When our correspondent enquired from Otunba Osifeso about his company’s unethical practices on phone, his argument was that Lekai Construction is not the only one in it.

“Companies, which are owned by notable Nigerians are doing it, and nothing happened to them,” he argued' 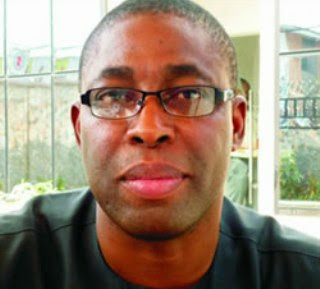