The trial of Adeyemi Ikuforiji, the Speaker of the Lagos State House of Assembly, continued Tuesday with the prosecution witness detailing how the defendants allegedly laundered millions of Naira.

Adebayo Adeniyi, the EFCC witness, told the court how the defendants collected N13.5 million for honorarium, N4.5 million for renovation of the Speaker’s residence, and N1.5 million for the Speaker’s Guest House every month for six consecutive months.
Mr. Ikuforiji and Oyebode Atoyebi, his aide, are facing a 54-count amended charge of money laundering amounting to over N600 million.
The Economic and Financial Crimes Commission, EFCC, accused the Speaker and his aide of receiving the money from the Lagos State House of Assembly without passing through a financial institution.

The trial was adjourned last January for the prosecution to provide a summarized version of the monies collected by Mr. Ikuforiji and his aide.
But on Tuesday, Godwin Obla, counsel to the EFCC, said that he would rather continue with his previous method to avoid any grounds for appeal.

It was a painstaking effort that required Mr. Obla to go through each of the transactions with the witness. The judge admitted that, but overruled the defence’s plea that the prosecution tabulate the relevant sections of the transactions.

2011 TRANSACTIONS
Mr. Adeniyi continued his testimony by stating how the Lagos House of Assembly paid millions of naira to Mr. Ikuforiji; his wife, Mayowa; his orderly; his personal assistant; as well as the state’s Deputy Speaker.
All the monies were collected by Mr. Atoyebi and paid for in cash, the witness said.

On July 14, 2011, N5.4 million was paid to Mr. Ikuforiji for a trip to San Diego, California; his personal assistant and orderly collected N1.3 million and N1.2 million respectively, according to Mr. Adeniyi.

On August 1, 2011, N4.4 million was paid to the Speaker as “cost of allowance”; his personal assistant and orderly pocketed N1.2 million and N1.1 million respectively.

Two days later, N10 million was paid to the Speaker for Ramadan,

On August, 2011, N6.4 million was paid to Mayowa Ikuforiji, the Speaker’s wife; and N1.3 million to the wife’s orderly, the witness said.
Between January and June 2011, N13.5 million was paid as honorarium, every month, to the Speaker
.
He said N4 million and N1 million were also paid monthly, within the stated period, for the renovation of the Speaker’s official residence and guest house respectively.

Asked why there were columns with Cheque Numbers in the cash register, Mr. Adeniyi responded that: “What they do is that a cheque is raised in most cases in the name of the Permanent Secretary and cashed from the bank.

“We discovered that some of it was paid into the account of the first accused person. Some of it was used for his credit card and other personal matters,” he added.

During cross examination by Wole Olanipekun, counsel to Mr. Ikuforiji, Mr. Adeniyi said that he was not aware what the Speaker used the monies for.

When shown one of the cash registers by the defence lawyer, Mr. Adeniyi said that he could not “remember seeing it.”

Mr. Obla objected to that line of questioning, insisting that the defence must tender the cash register as an exhibit before it court be used for cross examination.
The judge, however, said that the defence was at liberty to use any document that had been brought before the court.
“You cannot file a document and your witness said he cannot remember seeing it. If it was filed by the defence, it is a different ball game altogether,” the judge told Mr. Obla.
“Once you have provided this document, it is for them (the defence) to use it at their own time during the trial, not at your own time,” the judge added.

The trial was adjourned till April 28 for continuation of trial...culled 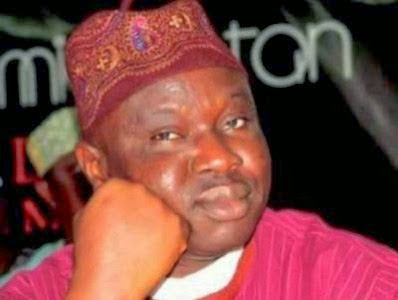