The supposed role model is said to just hit some big money and in the revelry  of attendant pleasure abandoned wife and childern in far away London.

Mr Abiodun is tagged frolicking with young beauties in the name of political hustle.

Here is how news breaker lagostimes broke the news.

'Dapo Abiodun, owner of Heyden Oil and Gas Limited, has been going about telling people how he would become a senator of the Federal Republic of Nigeria come June 2015. He never misses every opportunity he has to sound it loud and clear to everyone who has ears that it would be his turn to represent the people of Ogun East Senatorial District. He has been flaunting his entreprenuerial and academic credentials as being better than the present occupier of the office, Senator Gbenga Kaka.

'What Dapo has refused to show the world is his credential of inability to manage his home well. Dapo’s marriage to his wife is on the brink of collapse.
Information gathered by TLT indicates that the woman, named Bamidele, is lovelorn and feels like an abandoned jalopy vehicle far away in London, where Dapo has consigned her for sometime now. Not only did Dapo abandon her in London, close source to the family says he hardly places call or answers her call.

While Dapo is busy nursing his senatorial ambition, Bamidele is getting her acts together in preparation for a walk-out on the marriage which has continued to make her sad. Dapo, since assuming his new socio-economic status, has forgotten his humble beginning with the woman who was there for her. Dapo was dealing in wrought iron business which could barely make ends meet. Provdence positioned him to meet Diezani Allison-Madueke, Minister of Petroleum Resources.

'There were unconfirmed reports that they had a relationship. The relationship birthed a new dawn for Dapo, as he ventured into oil and gas business. He founded Heyden, and started petroleum products’ importation. In no time, he arrived big time on the social scene. Lo and behold, he became a toast of many, with ladies of different hues always hanging around him. The pleasure of opulence took the better part of him, and he threw caution to the wind.

It has been one issue domestic issue after the other with his wife. He would rather spend millions buying cars for girlfriends while he watch his wife hustle helter-skelter in the cities of London and Lagos in public transport, trying to take care of their kids. Things are fast deteriorating with Dapo’s family. Only a last minute miracle can save what is left of the shreds of his almost broken home.

All these are indications that a man who could not manage his small nuclear family will absolutely find managing a senatorial distict too Herculean a task to handle. With power comes responsibility; Dapo has not shown he has the political wisdom to make a senator.' 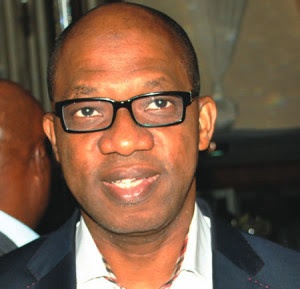