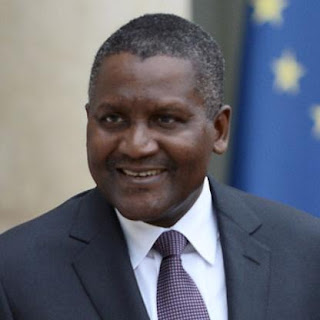 The Executive Chairman/CEO, BUA Group, Abdulsamad Rabiu has called on President Muhammadu Buhari to intervene and investigate acts of sabotage against BUA Cement operations by Dangote Group in connivance with top officials of the Ministry of Mines and Steel Development. This was contained in a letter dated
December 4, 2017, signed by Abdulsamad Rabiu to President Buhari titled, “A Cry for Help: Wanton Abuse of Power by a serving Minister geared towards sabotaging operations of BUA Cement” where BUA accused the Ministry of Mines and Steel under the watchful eyes of the Honourable Minister of trying to divert the course of justice in a dispute between two of the nation’s economic juggernauts - BUA Group and Dangote Group.
BUA, in the letter, also stated that Dangote Group had connived with top Government officials of the Ministry of Mines and Steel including using thugs and agents of the state to ensure that operations at BUA Cement in Okpella were disrupted despite a suit pending before a Federal High Court due for hearing on December 5 and 6, 2017.
Furthermore, BUA in their letter, recounted that some armed militia said to be loyal to Dangote Group and his cohorts had unleashed mayhem on the over US$1billion dollar cement manufacturing plant with the intent to destroy properties worth millions of dollars before the timely intervention of BUA security personnel and security agencies who ensured that no live was lost in the illegal invasion. 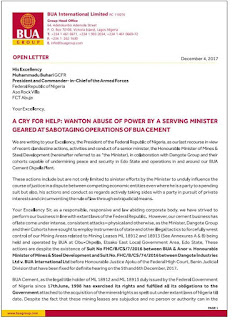 The letter said that in what can only be acts of impunity, cronyism and corruption, pressure has been mounted on top government officials to force BUA Group to relinquish its mining area to Dangote Group and this was again manifested when senior officials of the ministry and high ranking Police officers stormed the mining area of BUA Cement to enforce a ‘Stop Work’ order on November 29, 2017 despite another a strongly worded letter from BUA’s lawyers to the ministry refuting the claims made in the order.
In the letter, Rabiu described the invasion of BUA Cement in Okpella, Edo State as a calculated attempt to undermine operations in and around BUA Cement monopolize the cement industry in a democracy and a free market which is not suitable for the growth nation’s economy as it would lead to the increase in price of the commodity, the cost of construction and housing delivery across the country. This, he said. will also jeopardize the peace and security of the State.
He, however, affirmed to President Buhari that BUA Group as a responsible, responsive and law-abiding corporate body will continue to provide the necessary boost for the Nigerian economy to grow in line with the extant law of the country. 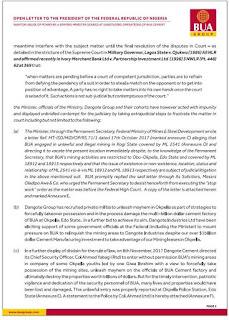 According to the letter, “We are writing to your Excellency, the President of the Federal Republic of Nigeria as our last recourse in view of recent clandestine actions, activities and conduct of a senior minister, the Honourable Minister of Mines and Steel Development (herein referred to as the Minister) in collaboration with Dangote Group and their cohorts capable of undermining peace and security in Edo State and operations in and around our BUA Cement Okpella Plant. “The actions of Dangote Group with the collusion and connivance of highly placed officials of Government especially the Minister is directed towards destroying the business of BUA cement with the ultimate goal of creating a monopoly in the cement industry in Nigeria and control the entire cement industry and market in the country. This with due respect should not be allowed in a democracy and a free market. Allowing such eventual monopoly is not only inimical to the growth of the cement industry and its attendant effect on the cost of construction and housing delivery to the mass of Nigerians, but also the economic wellbeing of the nation as a whole. It is worrisome that Dangote Group with all its visibility and international reputation is displaying such utter lack of respect for and trust in the Nigerian Judiciary.
He continued: “Having pursued the proper legal channels and taken lawful steps to resolve the issues, we were therefore constrained to make this passionate appeal to your office, Sir to restrain and checkmate the illegal and aggressive activities of the Minister, Dangote Group and their cohorts over the continued brazen attempt to use extrajudicial means to subjugate the course of justice.
“Their actions pose a clear and present danger to a free market environment governed by the rule of Law and responsible business practice in Nigeria because if a business with our cloth, size and enormous contributions to the economy can be targeted in such a calculated attempt at mischief under an official cover provided by a serving minister, then what hope is there for smaller businesses or foreign investors who may wish to come into our country”, he stated. 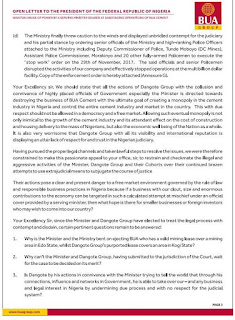 They furthermore posed several questions alluding to the fact that  there are pending litigation in Court between BUA, DANGOTE, MINISTRY OF SOLID MINERALS, CADASTRAL OFFICE ETC over ML 2541, ML 17825, ML 18912, ML 18913 and until a judicial determination of the rights of the parties is obtained from the Court, any step(s) taken by any person whosoever to undermine the subject matter of the litigation in Court will not only be contempt of Court but will put a bold question mark on the anti-corruption image being projected by the present administration of your esteemed-self, the President of the Federal Republic of Nigeria.
“Fortunately, Nigerians know your stand against corruption and impunity but it is  also very clear that if nothing is done, despite us pursuing all legal means available, Dangote Group will have sent a negative message about Nigeria to the world that he and his cronies are above the rule of law in Nigeria and no one or business entity is safe from their blatant acts of impunity. What then will that say about the existing business environment in Nigeria and perception of your government's anti-corruption stance?
“In view of the above, Sir, we are therefore constrained to make this passionate plea to you as the most incorruptible Nigerian leader and the President of the Federal Republic of Nigeria  to intervene in ensuring that these actions of the minister and Dangote Group - which have become inimical to the growth and conﬁdence in the economy, be curbed whilst we await the outcome of the judicial decision on this matter. No one, no matter how well placed or how connected they are, should be allowed to be above the law or take it into their hands!”, he noted. 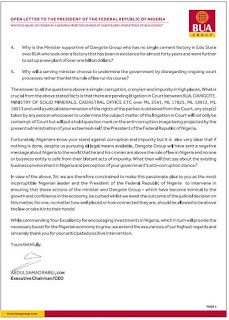 It should be recalled that BUA is one of Nigeria’s only 3 cement producers with manufacturing plants in Sokoto and Edo States. They recently commissioned their $1.2billion dollar Obu Cement plant in okpella, Edo State 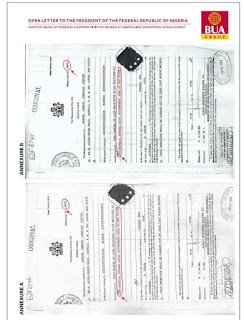 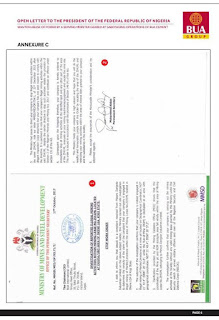 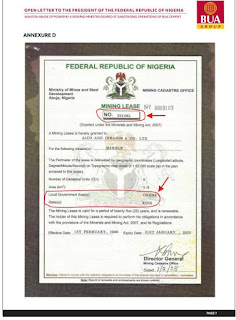 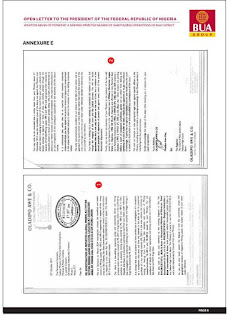 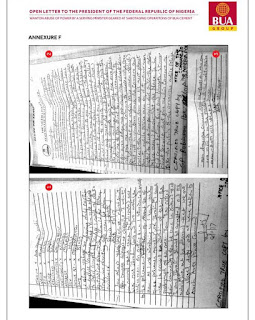 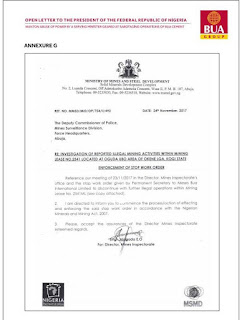