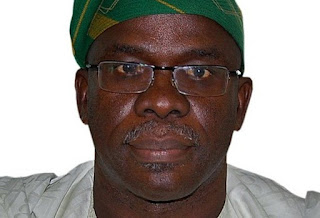 Muyiwa Oladipo, the gubernatorial aspirant who has confided in friends publicly and privately he is destined to become the next governor of Ogun state has adopted a political acronym.

It is BMO. These are the
initials of his names and chieftaincy title.

Oladipo is reported to have told friends and supporters of his faith in becoming the next governor of Ogun state with claims he his destined to become the successor of outgoing helmsman Ibikunle Amosun.

Report of this ‘’conviction’’ has hit town via news platform societynow.

The development had immediately thrust his ambition into public glare as reactions and counter-reactions trailed the ‘’revelation’’.

And apparently to show his seriousness of purpose and level of commitment to his cause, the ‘’divine’’ aspirant has now adopted a political slogan and it is….BMO!
Posted by MAN ABOUT TOWN at 4:51 AM