Victims Of ''Yahoo Yahoo'' Fraud To Get Refund! 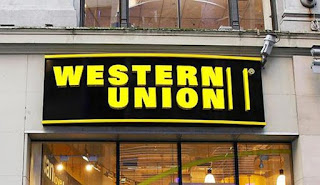 A good number of victims of internet scammers popularly called Yahoo Boys in local parlance now have a chance to claim their lost money back.
This was made possible by
US regulators, who forced Western Union to put $586million (£435million) in a fund for scam victims as the popular money transfer firm admitting ‘aiding and abetting wire fraud’, British tabloid, Daily Mail report.

It said claims must be filed by February 12 next year.
The report detailed how victims sent their life savings to scammers, mostly Nigerians, after falling to deceitful stories.
Common stories told, include romance fraud, in which the lonely are groomed on dating websites by crooks using fake profiles, and begging emails that appear to come from relatives abroad claiming to have had an accident and need emergency cash.
Another, is sending emails to victims, claiming they had won a lottery and needed to pay an administration fee before redeeming their prize.
And also, the ‘Nigerian prince scam’ that involves victims being sent an email claiming to be from a rich foreign dignitary, asking to help them transfer money out of the country in return for a reward.
The report said mostly the money were sent to the scammers through Western Union.
According to the publication, only persons, who were duped between January 1, 2004, and January 19 this year are qualified for the reclaim.
The victims can only apply for a share of the cash, and most be based in the US and UK, the report said.
Posted by MAN ABOUT TOWN at 5:32 PM