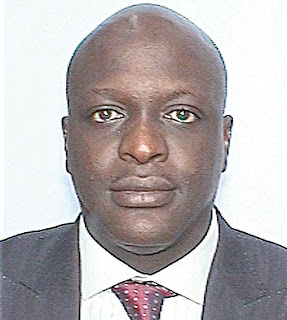 In this chat, he speaks on budget implementation, why Nigeria should
tap into its tourism potentials, insecurity in the country among other national issues.

Que, How do you assess the tourism industry since the inception of the President Muhammadu Buhari administration?

Ans, In terms of growth, it has not been fantastic. This is because the administration said clearly from the beginning that it has become imperative to diversify the economy. However, in President Buhari’s policy direction in terms of diversification, I think he is more focused on agriculture and solid minerals.

While I have no problem with this sort of diversification, I strongly believe that the tourism and cultural part of it would yield faster results. Solid mineral to me is a long term diversification process as well as in yield.

The culture and tourism aspect is a faster way to boost the economy. Culture is a way of life. It is imbibed in us and we are very rich in it from the North to the East and the West. We are a diverse nation with diverse people, cultural differences, ethnic backgrounds and religious backgrounds and we have wonderful tourist destinations.

But they are all lying fallow. If you look at Lokoja, a confluence town where Rivers Niger and Benue meet, that is a historic destination that government needs to remodel to attract people.

If you look at Niagra Falls, it is actually a fall separating Buffalo New York in the US and Toronto Canada in Canada. When you are on one side of the bridge, you are in the US but on the other side you are in Canada. You do not have an idea of how much income the US government and Canadian governments make from tourists who troop in on daily basis to both ends just to see the wonderful Niagra Falls.

The economic business around there is booming as you see restaurants, hotels and all kinds of businesses up to T-shirts, fez caps. So a very simple example is the confluence town. Remodelling that place will attract a huge number of tourists.

The great Benin Kingdom, the mould served as the defensive mechanism of the kingdom in the past. Today there is encroachment here and there, no preservation, nothing. If you go to the North, the situation is the same. Even the home of the late Sardauna of Sokoto where he was unfortunately assassinated is something that could call for history.

Look at the National Theatre, it is a shadow of its former self. We have a lot of heritage sites, historical monuments. Most of them need face lift, they need access roads to get there and, of course, security won’t be left out.

But funding is a fundamental problem in the sector. And I will use this opportunity to call on the Federal Government to rejig its strategic and policy plan by bringing culture and tourism sector to the front burner because it would bring quick jobs which would bring about empowerment; it would showcase Nigeria; it would even bring unity especially at this point that we have agitations coming from various parts of the country.   It’s a one-stop-shop.

Que, On why the tourism sector is poorly funded?

The difference between the first budget, 2016, and the second budget of 2017 is virtually less than five per cent. I was opportune to be on the floor twice when Mr President came to present the budget and, in his statement, agriculture and solid minerals development got good allocations.

So I think the policy makers around Mr President should be able to draw government attention to this sector regarding the potentials.

Que, On whether insecurity in the country is affecting the tourism sector

Ans, I think insecurity is a scenario that is painful. First of all, at the onset of this administration, unfortunately the government itself sold out the impression to the international community. I know Mr President made a number of trips where he talked about corruption, the severe insecurity and that he had to battle it and all of that.

These are statements that leadership would make that could affect investors, tourists. Anyone coming to Nigeria will think twice if the leadership itself can put before the international community a corrupt system, an insecure environment.

For example, shortly before Mr President left to address the United Nations recently, we had the Python Dance military campaign in the South-East and we read on the social media comments from different parts of the country on the issue. Up North is Boko Haram and now in the South-East is Python Dance that led to a group being termed terrorists. So how does it resonate with the international community?

So, if in the North of the country there is Boko Haram, now in the South-East you have Python Dance, who is going to come here? We are who we are and we can only be as good as what we make of ourselves. No doubt the insecurity level is unacceptable but it is not peculiar to Nigeria. It is a global trend. World giants like the US still faces the challenge of protecting her citizens from terrorist attacks. The UK experienced series of it in recent weeks yet these are giants but how many times have they come out to condemn their countries? So I think we must paint ourselves positively to the world and at the same time check the security issues.

Que, On how he had been able to use his office to impact positively to his constituency.

Ans, Like I said it is unfortunate to be the Chairman of culture and tourism but, by the grace of God and positive will of Speaker Yakubu Dogara, as a first termer, I am opportune to chair a standing committee of the House. It is something I am passionate about. I happen to come from a very rich cultural background, I don’t need to emphasize on the rich Benin culture. It is a way of life for us. That is why within two years of chairing this committee, in my constituency, we have been able to showcase culture at its best.

I can tell you today that students in my Oredo Federal Constituency can now recite the national anthem in Bini language. We have a programme from the junior and senior secondary and competition among schools. They can speak the language; they are good in dressing like Binis and have acquired skills in bead making. And I have been able to empower my constituents on how to bring back skills in bronze casting and wood carvings.

And more significantly, we are collaborating with the relevant agencies on how to take cultural works, from wood works to bronze casting to paintings and even tie and dye, bead making, to get patronage from these people producing them. Sometimes you see them showcase their very good works they don’t get patronage.

Another way we can actually take the economy up and bring in some good money into this country is to take some of these very good works beyond our borders. That is another area my committee has been able to fine-tune. And very soon the implementation would start. We should be able to export our skills and use the opportunity to empower our people and encourage them to continue to produce more. In this aspect a whole lot has been done not just in constituency but across the nation

vanguard
Posted by MAN ABOUT TOWN at 5:48 PM