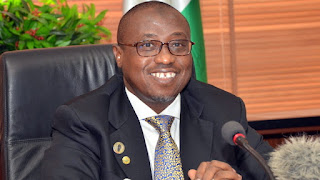 Like the clichéd thief in the night, death stole into the Baru family of Misau, Bauch State, once again and snatched its most illustrious son, Dr Maikanti Baru, the immediate past Group Managing Director/CEO of the Nigerian National Petroleum Corporation, NNPC. He was 60.
His death was announced by the
incumbent GMD/CEO of the NNPC, Mele Kyari, on Twitter last night. “My brother, my friend and my mentor, Dr Maikanti Kachalla Baru, immediate past GMD of NNPC died late last night. He was of exemplary character and disposition. May Allah forgive him and have mercy upon him,” Kyari tweeted.

Baru’s devastating death must be one too many for the family who lost three immediate members within one year; his mother, sister and son. Baru’s 18-year-old son, Mohammed, was a first-year Architecture student at the American University, Sharjah, regarded as the third largest and third most populous city in the United Arab Emirates. He collapsed and died while on his institution-organised hiking exercise in Fujairah, Thursday, May 18, 2017. Mohammed was buried at the Sharjah Emirates Cemetery.
Two weeks before the sad death of Mohammed, Baru’s younger sister died. The former NNPC GMD was preparing to depart Nigeria for the 2017 Offshore Technology Conference (OTC) in Texas, the United States of America, when death struck his sister. At the time of her death, the late Baru was still mourning his mother, Hajiya Fatima Baru, who died after a brief illness at the age of 102, leaving behind five children and over 50 grandchildren. Earlier in 2016, tragedy also struck the family when some guests returning from his daughter’s wedding died in an accident.
Baru was appointed GMD/CEO of the NNPC in July 2016 and retired precisely three years after attaining the statutory retirement age of 60 in July 2019. His stewardship was, however, mottled by a bitter falling out with the Minister of State for Petroleum, Dr Ibe Kachikwu. Kachikwu was also Baru’s predecessor at the NNPC. In a leaked memo then, Kachikwu had accused Baru of among other things, insubordination and sharp practices, especially the unilateral award of a $25billion contract.
Baru did not suffer fools gladly and he fired back with the same venom, saying the allegation was baseless and that he was answerable to the President and the Minister of Petroleum, not the Minister of State. Before the presidency waded in to thaw the ice, Nigerians had been fed with dirty details of happenings within the petroleum industry. Neither of them was, however, reappointed by President Buhari in his second term. While Kyari succeeded Baru at the NNPC, Timipre Sylva, a former Governor of Bayelsa State, is the incumbent Minister of State for Petroleum. It is not on record that Baru and Kachikwu ever reconciled before death took the former.
Born in Misau, Bauchi State, Baru obtained his Bachelor of Engineering degree from the Ahmadu Bello University, Zaria in 1982 with First Class Honours; and bagged a doctorate in Computer-Aided Engineering from the University of Sussex, United Kingdom (1987) and another PhD in Mechanical Engineering.