‘’Am Very Close TO Where I Should Be’’ Yomi Apase Emi Declares As He Plans Sunday October 29 Unveiling Of New Album, ‘’Elevation’’ 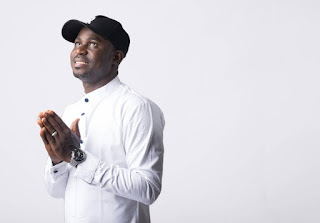 Yomi Adebote, the fast rising gospel act known as Apase Emi is about to hit town with the launch a new album.

And it is titled Elevation.

Que,  Why is the album coming at this time point in time?
Ans, This is the time divinely programmed for the album to come out – a time when people need to be elevated

Que,  What are the inspiration behind it?
Ans, I got inspiration from God’s revelation, experience and research about life.

Que,  Why the title, Elevation?
Ans, Generally, there is stagnation in the land. However, elevation is possible; I already have mine. So the album, Elevation, tells what make elevation happen and how it can be maintained

Que,  Compared to your initial effort, what are your expectations for this album?
Ans, I have great expectations having established people’s acceptability of my music, resulting from the last album. This album is going to be the best gospel album this year. Just watch out.

The album is coming out after 5 years of solid preparation; songs carefully written (at the receipt of divine and uncommon inspiration), well rendered, uniquely arranged and exceptionally produced.

Que,  What are the challenges you experienced with the first effort that prepared you for Elevation
Ans, I experienced marketing and distribution challenges which I am addressing seriously

Que, Any special thing to look for that day?
Ans, Expect hilarious performances from me and my renowned friend artistes Also, many important personalities are going to grace the occasion. It’s going to be a big event

Que, . What have you put in place to ensure the album gets to all that desire it wherever
they are?
Ans, I am engaging major music distributors. Online distribution will also be explored.

Que,  Are you where you planned to be at this point in your career when you started out?
Ans, Very close to where I should be. The time is actually now

Que, . What are the things that have helped or limit your advancement?
Ans, Originality has really helped me. I compose all my songs; this unique gift makes me stand out. A lot of people sing my songs out there. For example, “Awon Orun n soro” and “ S’ohun Tuntun”. I have not identified any limitation. Things happen as God has programmed it.

Que,  Who are the powers behind you as you seek to achieve your aim?
Ans, The powers behind me are the PEOPLE and the media. The people here are the ones I call Adaba mi in one of the tracks; they are ready to lend me their wings to fly with