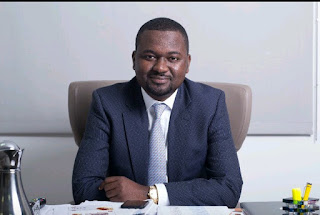 Kabiru Rabiu, Group Executive Director of Nigeria’s leading conglomerate, BUA Group, has been ranked second, only after Egyptian, Basil El Baz, on the ‘Choiseul 100 Africa’ list of future African Business Leaders by Institut Choiseul – a renowned French economic and
political think-tank based in Paris in partnership with a leading publication, Jeune Afrique. The 2017 rankings, which boasts of only 10 Nigerians, has Kabiru Rabiu as the only Nigerian in the top 10.


The annual compilation by the French Institute is carried out through an original independent study that identifies profiles and ranks young African business leaders under the age of 40 from any of the 54 countries on the continent across various industries who will play a major role in the development of Africa in the near future. To classify the 100 leaders of tomorrow, the Choiseul Institute, through its panel of experts and specialists uses five sets of criteria: image and reputation, path and skills, power and function, influence and networks, potential and leadership. These ‘Choiseul 100 Africa’ laureates are growing business leaders, successful entrepreneurs, investors, etc., who embody the dynamism and renewal of a whole continent and carry the hopes of an entire generation.

Other Nigerians on the 2017 list include Akinwunmi Akinfemiwa, Group Chief Executive Officer of Forte Oil at number 34 and Halima Dangote, daughter of the African richest man, Aliko Dangote and Executive Director of the Dangote Industries at 47th position.

An astute but amiable strategist, Kabiru Rabiu joined the family business in 2002 upon the completion of his studies as an Assistant General Manager of Nigerian Oil Mills based in Kano, Nigeria. He rose through the ranks to become the company’s General Manager and later became the Managing Director of BUA Oil Mills, Lagos - then the largest edible oil company in Nigeria.

In 2010, Kabiru came into the helms of affairs at BUA Group as Group Executive Director with the responsibility for overseeing strategy, operations and growth. Of recent, he executed the divestment of BUA’s import dependent wheat milling assets to Olam International in a $275m deal in line with the Group’s strategy of deepening local production of foods. In addition, he is currently driving the Group’s $550 million sugar expansions and building Africa’s largest Textile and Garment Park in Katsina State in a $500m investment aimed at revitalizing Nigeria’s $4 billion textile and garment productions, among other investments.. This is in addition to BUA’s multi million Naira investment in the rice sector which has led to an innovative interest-free rice outgrowers’ scheme involving the provision of improved seeds, technical expertise as well as the BUA’s milling and processing infrastructure that will drive the group’s current processing capacity from 200,000 tonnes to 1million tonnes within the next four years.

Founded in 1988 by his brother and billionaire industrialist, Abdulsamad Rabiu, BUA Group is one of the largest conglomerates operating in Africa.  The over $5 billion enterprise valued Group engages in the foods and infrastructure spaces in Africa with interests in sugar, rice, cement, port operations, logistics, real estate, steel and oil & gas. Recently, during the commissioning of its $1 billion Obu Cement plant by Nigeria’s Vice President, Prof. Yemi Osibanjo in August this year, BUA Group explained its expansion plans in the Nigerian cement sector leading to the commissioning of two new lines with a combined capacity 4..5 million metric tonnes by next year that will significantly boost Nigeria’s cement export potential.

In addition, BUA, through its rice subsidiary, launched an outgrower scheme for rice farmersthat will involve the provision of improved seeds, technical expertise as well as the BUA’s milling and processing infrastructure that will drive the group’s current processing capacity from 200,000 tonnes to 1million tonnes within the next four years.

Kabiru undertook his studies at the Webster University USA, American Intercontinental University, Harvard Business School, London School of Economics & Political Science, among others and has seen his profile rise considerably in recent years as one of Nigeria’s youngest and brightest business minds. Also, in the 2017 Jeune Afrique publication, Nigeria emerged as the country with the highest number of young economic leaders, numbering 10 followed closely by Morocco and South Africa. The unique study draws up an inventory of the African economic forces from various business sectors such as technology, oil and gas, manufacturing, agriculture, etc. The total score obtained in the different categories of criteria determines the position of each laureate in the final ranking. Profiles with less than 10% in any of the categories are eliminated
Posted by MAN ABOUT TOWN at 12:23 AM