OANDO Kicks Against Suspension Of Shares With Court Order 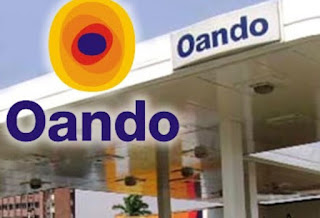 In a decisive response to the technical suspension of the trading of its shares and proposed forensic audit of the company’s affairs, Oando Plc has fought back, obtaining
an ex-parte order from the Federal High Court, to restrain the Nigerian Stock Exchange (NSE) and any other party working on their behalf from effecting the directive of the Securities and Exchange Commission (SEC) to implement a technical suspension of the shares of the Company pending the hearing and determination of the matter.

“The Company reserves the exercise of its full legal rights in the protection of the Company’s business and assets whilst remaining committed to act in the best interests of all its shareholders,” the company said.