Ex-Firs Boss, Babatunde Fowler’s Interrogation By EFCC Far From Over 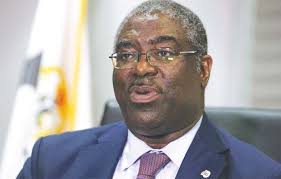 Fowler returned to the commission’s zonal office in Lagos on Tuesday morning, according to an inside who said his interrogation lasted late into the night on Monday.

TheCable had reported that the former FIRS chairman was invited over an ongoing investigation into fraud allegations against Alpha Beta Consulting, a consulting firm.

An official of the EFCC had told TheCable that he was invited regarding “the Alpha Beta case”.

Alpha Beta, which consults for the Lagos state government on internally-generated revenue (IGR), has been embroiled in allegations of fraud.

Before he was appointed to lead the FIRS, Fowler had served as chairman of the Lagos State Internal Revenue Service (LIRS) which pays Alpha Beta a commission for its service.

Oladapo Apara, former managing director of the firm, accused the company of defrauding the Lagos government and failing to pay tax.

In a recent suit filed at the Lagos high court, Apara alleged that the company has been diverting billions of naira from the coffers of the Lagos state government since 2002.

He also alleged money laundering, forgery and a number of corporate fraudulent practices against the company and its owners.

Joined as a defendant in the suit is Bola Tinubu, former governor of the state, whom Apara claimed is complicit in the fraud.

In 2018, Apara also alleged the company had so far generated N1.5 trillion for the Lagos government, out of which the firm earned 10 percent as a commission but that it failed to pay tax.

The firm had denied the allegations, accusing its former MD of “the worst form of libel”.