I am the owner of Ile-Ife, says Oba Akinruntan 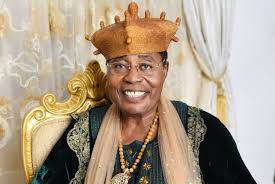 The Olugbo of Ugbo and Chairman, Ondo State Traditional Council of Monarchs, Oba Frederick Obateru Akinruntan, said he had nothing personal against the Ooni of Ife, Oba Enitan Ogunwusi, noting that his desire to put the record straight that Yoruba had existed before the arrival of Oduduwa in Ile-Ife should not be seen as an attack on the Ooni.

He said unknown to many, Oduduwa and his migrant group met his forefather, Obamakin Osangangan, who was leading 13 communities in Ile-Ife.

The oil magnate, who spoke, at the weekend, during the 11th anniversary of his coronation as the traditional ruler of Ugboland in Ilaje Local Council of Ondo State, said that empirical and historical facts abound to support his claims, adding that anybody with contrary opinions or facts should openly come out to challenge him.

He said: “My fathers had 13 communities in Ile-Ife before Oduduwa came and the communities had their own rulers. It was my fathers who built what is called Ile Ero. Today, if an Ooni is to be crowned or has joined his ancestors, some rituals have to be made in Ile Ero. We still have seven quarters in Ile-Ife.

“Our people left Ile-Ife voluntarily on the prompting of the oracles and the deities. I am the owner of Ile-Ife. A lot of facts and books point to that. If anyone has a contrary opinion, come and show me. You can even invite me to your palace and I would come.

“Some people erroneously think I have something personal against the Ooni. No, I don’t. He is my brother. I feel great that facts that have been buried for centuries should be made public.”

On his people’s view of Moremi, regarded as a heroine in Ile-Ife, Oba Akinruntan stated that she betrayed his people.

He said: “Moremi exposed the secret of our war tactics to Ife people. To us, she is a betrayer. However, whatever points directly at somebody may have its back against another.”

On his development strides, Oba Akinruntan said that opening up his kingdom for development and ensuring peace and harmony were his achievements.