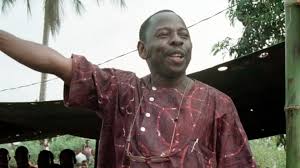 25 years after, here are some quick facts to know about Ken Saro-Wiwa.

He is an exceptionally intelligent student; he won departmental prizes in the English department at the University of Ibadan.

The avid activist’s interest spanned across the arts. He was a member of a travelling drama troupe.

He was an author. Some of his popular works included the Sozaboy: A Novel In Rotten English; On a Darkling Plain, his documentation on the Civil war and Africa Kills Her Sun, a prediction of his own death

He was a commissioner for Education in the Old Rivers state.

Despite caution from the government, he continued to speak up for his people, especially against the Royal Dutch Shell Company. He was eventually tried by the government for allegedly arraigning the murder of some Ogoni chiefs and executed by hanging on the 10th of November 1995 and buried in an unmarked grave.

After his death, the Commonwealth of Nations suspended Nigeria for three years.

A street in Amsterdam is named after the activist. Also, the Rivers State Polytechnic had its name changed after him by the Governor of Rivers State, Ezenwo Nyesom Wike.

Several international songs have been sung in honour of him.

He had five children with his wife, Maria. Three of his children are journalists.