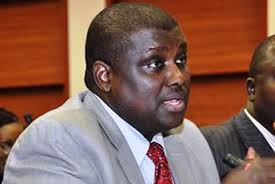 Maina is facing a 12-count charge of operating fictitious bank accounts, corruption, and money laundering to the tune of N2 billion, but has neither made appearance in court, nor sent a legal representation since November 26, 2019 when he was released on bail, leading the court to revoke his bail on November 23, 2020, and order his trial in absentia.

Despite his absence and that of his legal team in court today, his trial gained momentum with two witnesses testifying against him, while the cross-examination of the witnesses was foreclosed by the court, due to absence of legal representation by the defendant.

Testifying as the seventh prosecution witness (PW7), Ali Sani, an Abuja-based estate developer told the court that Maina in February 2012 bought a property, located on Plot 965 Life Camp at the cost of N240 million through a proxy, Khalid Aliyu (the fifth prosecution witness). And that he paid in dollar equivalent of $1,400,000.

The witness further told the court that Maina upon the purchase, demanded for the building plan approval, stating that he wanted to convert the place into a service apartment.

According to him, Maina, sometime in 2011, came with an application for funds for nationwide biometric exercise, amounting to N146 million and directed him to sign it since he was part of the task team. Having signed it, it was forwarded to the Head of Service, whom he said, gave his approval.

According to the witness, Maina after the approval directed that the funds be sent to five different accounts of staff in the office of the Permanent Secretary and disclosed that N55,998,000 (Fifty-five Million, Nine Hundred and Ninety-eight thousand) was wired into his own account, while the rest was spread out to his four colleagues.

All the sums, according to the witness, were sent back to Maina, through him (Abdulkareem) in installments, via Maina’s secretary, one Mrs Anne on Maina’s instruction. He further revealed that on all the occasions he sent the monies back to Maina through his secretary, he made the secretary sign acknowledgment of receipt for him. The acknowledgements, he said, have been submitted to the EFCC.

The witness further disclosed that Maina upon learning that he made his secretary sign acknowledgement for the receipts of the sums on his behalf, became worried and summoned him to his office to explain why he needed to exact the acknowledgements.

“Maina was never around when I took the money to Mrs Anne and when she informed him of the acknowledgements, Maina then directed her to call me. When she left after calling me, I intimated my Permanent Secretary of the acknowledgements and he told me to make photocopies of them before giving the originals to Maina.

“When I got there, Maina asked me, Ibrahim, are you not my brother and I replied yes, he then asked why I collected acknowledgements for the money I brought and I told him the money were collected in batches and I needed to keep record of what I was giving to Mrs Anne," the witness said.

Testifying further, he told the court that Maina directed him to give him the original acknowledgements for the receipt of the sums. And that Maina did not give any staff a dime as duty tour allowance (DTA) for the biometric exercise.

The matter was adjourned till Wednesday, November 25, 2020 for continuation of trial.