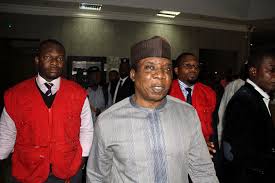 At the resumed trial on Wednesday, December 2, 2020, prosecution witness, Abdulrasheed Bawa, who is an investigator with the EFCC, while being led in evidence by Adebisi Adeniyi, told the court that Omokore, (the first defendant) bought properties for former minister of petroleum resources, Diezani Alison-Madueke.

He tendered the documents in respect of the properties and they were admitted in evidence.

The two properties, however, were in 2018, forfeited to the Federal Government through an Order of a Federal High Court, Lagos, upon a proceeding, initiated by the EFCC.