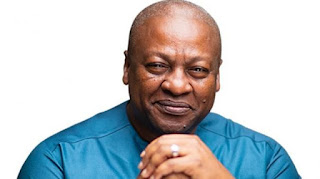 Ghana's former president John Mahama on Thursday (December 10) accused the country's election commission of manipulating results in favour of his opponent and said his party had won both the presidential and parliamentary elections.

Incumbent President Nana Akufo-Addo was awarded a second four-year term in office in Monday's (December 7) election, following a tightly contested vote that was tainted by violence in which five people died.

Akufo-Addo's New Patriotic Party (NPP) lost dozens of seats but retained 137, while that of Mahama, the National Democratic Congress (NDC), secured 136, according to the commission. Mahama said his party won the undeclared seat. Another was won by an independent.

Addressing his supporters in Accra, Mahama spoke about several issues including that the "aggregates on the summary sheets in some constituencies do not reflect on the polling station pink sheets."

The election commission has not yet agreed to a "full forensic audit" as requested by Mahama and was not immediately available for comment.

A European Union observer mission said the vote was well organised but noted several problems including numerous instances of vote-buying that resulted in an unlevel playing field.