Joshua prepared to go to final bell against Pulev 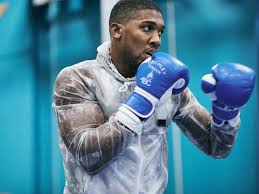 World heavyweight champion Anthony Joshua said he is prepared to go to the final bell when he puts his WBA, IBF and WBO belts on the line against Bulgarian Kubrat Pulev on Saturday (December 12).

Britain's Joshua will start as clear favourite in front of 1,000 fans at Wembley Arena for the fight that was postponed in June because of the COVID-19 pandemic.

"I'm prepared to go to the final bell. I'm a 15-round fighter, not a 12-round fighter," Joshua, who reclaimed his titles by beating Andy Ruiz in a re-match in Saudi Arabia 12 months ago, said at an amiable news conference on Thursday.

"I can carry my stamina, my boxing IQ, concentration and strength until the final bell."

Pulev, 39, was prevented from fighting Joshua in 2017 because of injury but said that he is ready to cause an upset.

Joshua's only defeat came against Ruiz in Madison Square Garden in June, 2019. That shock defeat, he insists, has made him into a rougher fighter.

Pulev, like Joshua, has only one professional defeat on his card, a knockout by Wladimir Klitschko in 2014.

Joshua, who has not fought in England since beating Alexander Povetkin in 2018, said the fact that a limited crowd will be allowed in to watch the fight was not a factor.

"It will be good for the fans but I'm just focused on Pulev," he said. "No disrespect to the fans but I've got a serious challenge and that's all I'm thinking about.

"When I win I can enjoy it afterwards."