Have Denies Having An 'Ambassadors' - EFCC 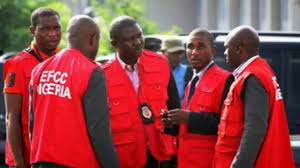 The Economic and Financial Crimes Commission EFCC says it dose not have special elements projected as “EFCC Ambassadors” and asked the public not to accord anyone who claims such appellation any recognition whatsoever.

The scribe to the government agency says:

The activities of some individuals who have been visiting prominent personalities across the nation, parading themselves as 'EFCC Ambassadors' have come to the notice of the Commission.

While the EFCC appreciates the support of all stakeholders in the fight against corruption and actively encourages citizens involvement in the anti- graft campaign, it is however important to state that no single individual has been vested with the title of 'EFCC Ambassador' by the Commission.

Those who have been using this title in the guise of helping the Commission to fight corruption are by this notice advised to desist forthwith.

Nigerians interested in promoting the fight against corruption can do so without projecting themselves as 'Ambassadors' of the EFCC.