The Untold Story...Why Tinubu Does Not Identify With Campaigns Trumpeting His Presidential Ambition 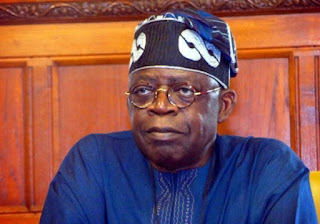 Despite the increasing campaigns all over town proclaiming his presidential ambition by increasing numbers of those with unwavering faith in him, Asiwaju Bola Ahmed Tinubu has refused to identify with such talks.

Fresh information available to societynow.ng has revealed the reasons behind Tinubu’s stance.

According to a source “Asiwaju is a realist; he understands that there are major issues afflicting the country and those at the helm of affairs needs all the help they can get to put things. If not right, at least on the proper pedestal to getting it right. That is what he is working hard on right now. He understands it is only when there is a country that talks of who becomes a president are feasible”

Insiders disclosed that is why Tinubu is sticking to his declaration that his immediate concern is to help President Muhammadu Buhari deliver on electoral promises that helped him to secure two-term in office.

Societynow.ng gathered that Tinubu who played a vital role in helping Buhari to power has been providing behind scene helping with issues the administration is grappling with.

The information at hand revealed that such initiatives are been silently done so as not to be seen as politically profiting from the situation at hand.

“Tinubu has particularly put it on himself on unifying the different factions within the APC (ruling All Progressives Congress) as part of efforts to strengthen the party and make a major strength, asset of the president and not the distraction it was turning out to be” societynow.ng learned.

To his credit, President Buhari who is conversant with the influence and reach of Tinubu officially gave him the task of unifying the ruling party not too long.