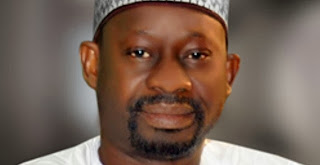 A Pantami Magistrates’ Court in Gombe on Monday remanded an 18-year-old man, Umar Abdullahi, in prison for insulting Gov. Ibrahim Dankwambo of Gombe State on facebook.


The Magistrate, Alhaji Bello Sheriff, who ordered that Abdullahi of Tudun-Wada Quarters, Gombe metropolis, be remanded in prison, adjourned the case to Nov. 26 for further mention.

Abdullahi, charged with defamation of character of the governor, had pleaded guilty to the charge after the First Information Report (FIR) was read to him.

Earlier, the prosecutor, Insp. Sardauna Wukuma, had told the court that the accused posted some abusive words in Hausa Language against the governor on facebook.

The prosecutor said investigation was ongoing.

Abdullahi pleaded guilty and begged for leniency.
Posted by MAN ABOUT TOWN at 3:40 AM