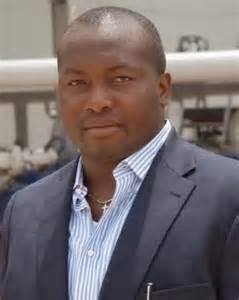 Below are their reasons and sins of Ubah as stated by Chimezie Okonkwo
, the leader of the Eastern-based association with offices in Lagos and Abuja, respectively.

“Ifeanyi Ubah is a moneybag and not an intellectual

The truth is that politics in Anambra State has gone beyond the inglorious era of moneybags with questionable sources of wealth ‘ruling’ them. Currently, our state, under the able leadership of Governor Peter Obi earnestly yearns for true intellectuals to progressively govern them. We do not want moneybags throwing cash left, right and centre all in the name of inducing and manipulating innocent voters.

His fraudulent cases with FG and Coscharis

Either Ubah likes it or not, his well celebrated fraudulent case with Cosmas Maduka, boss of Coscharis Motors, who accused Ubah of defrauding him of several billions of Naira in an oil deal gone sour, is still fresh in the minds of NdiAnambra. We are yet to hear the last from this very ugly show of shame involving a man that wants to govern our state. Also Ubah’s embarrassing arrest and detention for almost two weeks by the Special Fraud Unit (SFU), Ikoyi, Lagos over his involvement in the infamous oil subsidy scam, is not good for the image of the moneybag that wants to govern Anambra. We won’t dwell much on this story because it’s an open secret. The truth is that we at Oganiru Anambra will not allow a man with such a big stain or dent to govern our state. NEVER.

What on earth would make a moneybag that could not manage his own company-Capital Oil and Gas Industries Limited, think or believe he can successfully run and manage the collective wealth of NdiAnambra judiciously and prudently?
Ubah should first go sort himself out with AMCON, FG and Coscharis before dreaming of governing Anambra. It is no longer news that AMCON has taken over the management of Capital Oil and Gas due to Ubah’s backlog of debts owed several Nigerian banks. And this takeover will last for a period of two years. He should think of how to rescue his dwindling fortunes instead of wanting to ‘rule’ Anambra by force.

Ubah has no clear or well defined programme and policy

Among the leading contenders jostling for the soul of Anambra ahead of the November 16 governorship race, controversial Ubah is the only candidate without a clear and straight programme for NdiAnambra. Ubah should know that ‘ruling’ Anambra goes beyond bulldozing and bamboozling his way with cash and other material gifts. Anambra people are wiser and urgently needs a leader with clearly defined programmes and well outlined policies.

We at Oganiru Anambra strongly believes that NdiAnambra needs a role model, an intellectual and God fearing person as their governor and not a controversial businessman lacking in the above leadership qualities.

We urgently need a role model with an enviable character and strong pedigree in both educational and public lives, not a fellow with multiple controversies trailing his every move.

Ndi Anambra, November 16 is just by the corner, please shine your eyes and vote wisely. All true sons and daughters of Anambra must make the right choice for a brighter and better Anambra.