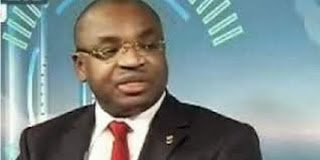 Flamboyant Spender and Governor of Akwa Ibom state, Godswill Akpabio has experienced a change of affection.

Sources confirmed the Governor has withdrawn support from the man he just pledged support to succeed him, former bank boss and Secretary to the State Government, Emmanuel Gabriel Udom.


Insiders claim the manner the development was 'shocking' to all concerned.

Sources alleged based on earlier agreement, Governor Akpabio gave SSSG Udom the go ahead to intimate and solicit support of the Chairmen of the 31 Local Government in state as ' a ground work' of sort towards actualising his ambition.

The SSG was said to have gone ahead with the plan, but out of need for 'a bit of secrecy' moved the meeting out of the state.

And all parties intimated.

Strangely just minutes to the commencement of the 'meeting'- with stake holders already at the venue, Governor Akpabio ordered a fresh directive.

The meeting should be cancelled.

Sources alleged the heavy spender didn't give any reason for the new stance.

Unconfirmed sources alleged 'he suddenly found it uncomfortable the meeting was outside the state...and started questioning the loyalty of his candidate for reasons yet to be established'

Informants further revealed the invitees where forced to wait endless for hours while Udom tried to find out what warranted the change and make his boss have a change of heart. The exercise was tagged 'futile'.

Further digs revealed the Local Council bosses found the treatment 'unbecoming' and tagged the SSG 'an unserious person' when they eventually learnt they travelled to Lagos for 'a cancelled meeting'.

Information revealed the development dealt a big blow to the ambition of Udom as opponents make a big show of 'the withdrawal of support in such a disrespectful manner'.

He was a former topshot at Financial Institution, Zenith Bank
Posted by MAN ABOUT TOWN at 5:35 AM