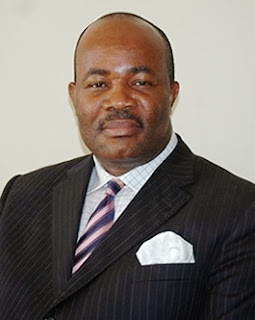 This is how whistle blower, Orijoreporter hit town with the development.

'A recent meeting of the Akwa Ibom State Governor, Chief Godswill Obot Akpabio, with PDP stalwarts and other stakeholders from the Uyo Senatorial District of the state was said to have ended in a fiasco as aggrieved factions engaged one another in a free-for-all fight.

According to an eyewitness who spoke with our reporter on conditions of anonymity, the meeting which was held in Uyo, the state capital, was aimed at enlisting the supports and cooperation of prominent Ibibio politicians for Mr. Udom Emmanuel, Secretary to the State Government and Akpabio’s preferred candidate for the 2015 gubernatorial election.

'But, no sooner had the meeting started than a big fight broke out disrupting the entire proceedings and sending the people scampering for safety, as dangerous weapons were used freely by the faction campaigning against the candidacy of Udom, who is regarded as a novice in the political arena.

“What an insult, how could Akpabio think he could foist Udom on us just like that? What is Udom’s contribution to the PDP in the state? What has happened to justice and fair play?”, an angry protester had asked at the meeting venue.

Perhaps in anticipation of the unsavoury outcome of the meeting, Governor Godswill Akpabio was said to have surrounded himself with his loyalists and foot soldiers from the Uyo Senatorial District who alongside his regular retinue of security operatives quickly shielded and ferried the governor away from harm.

However, despite the furor generated by Akpabio’s endorsement of Udom, the governor is said to be working very hard and is leaving no stone unturned in selling the candidacy of the SSG to the electorate.

'And to ensure that his appointee is widely accepted across the state, the 31 local government chairmen in Akwa Ibom have been mandated to always designate Mr. Gabriel Emmanuel Udom as “Special Guest” in their public functions and ceremonies.

Furthermore, the Governor was said to have also reached out to influential politicians of Oron extraction to solicit their cooperation and support for Udom, whom he described as “your brother from your Senatorial District”. The aborted Uyo meeting was a part of the plot to ensure that Udom emerges governor in 2015.

The choice of a governorship aspirants in Akwa Ibom State is said to be generating a lot of dust as Udom Emmanuel , the governor’s right hand man is said to be unacceptable to the people in addition to his not having any political structure to lean on'
Posted by MAN ABOUT TOWN at 2:16 AM