Clara,Recently Released Wife Of Enugu ,Gov Sullivan Chime Relocates To Another State With Mother To Recover From Marital Ordeal! 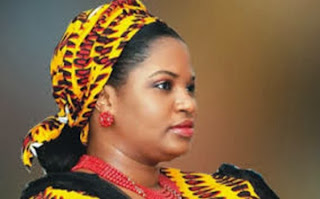 Clara, the recently released wife of the Governor of Enugu state incarcerated by her hubby for over 4months has moved  out of her husband's area of influence.

This how daily publication, The Guardian reports the development.

According to The Guardian the change of abode followed the decision of the family to ensure that she “overcomes the sad memories of her over four years botched marriage with Governor Sullivan Chime”.

It is not known whether the family would in the future return her to Enugu as the source said “they will stay in Port Harcourt for some time for now”.

A family source disclosed that Clara was overwhelmed on Monday morning when a convoy of six vehicles from Enugu Government House, filled with her luggage, brought her to her mother’s house at 67, Coal City Garden Estate, behind Central Bank Headquarters, Enugu.
On arrival at the residence, she was said to have flung into the waiting hands of her mother that her years of “pain were over”.

It was gathered Wednesday that Clara’s mother, had on Tuesday visited their Ozulobu community, Amuda, Umunneoche Local Council of Abia State, where she briefed members of the Eze-in-Council on the development in the marriage between her daughter and Chime.
She was said to have told the council that the marriage was over as the “governor has brought your daughter back under the guise that she is ill and cannot continue with the marriage”. 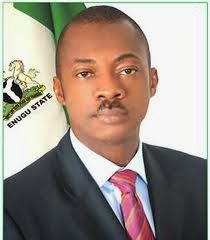 'According to the traditional ruler of Ozuluobu autonomous community, His Highness, Eze Bob Ogbenna: “Clara’s mother (Patience Igwe) told us that the governor promised to take care of her anywhere she is”, adding that he (Chime) also mandated ‘the family to look for cure for her. They have left for Port Harcourt,” he added.

“I wonder why he thinks that the family should be the one to look for a place to cure her. Whatever be the case, the most important thing now is that our daughter has been released to us”, he said.
Eze Ogbenna added: “Although we have not seen Clara, I am convinced that nothing is wrong with her. We have asked questions through her mother and she has not told us about any misbehaviour or strange attitude.

As a family and community, we support that she moves somewhere to recover from the trauma she had been subjected to in the name of marriage. Clara will brief us at the right time”.

Clara had recently raised an alarm over an alleged confinement at the Governor’s Lodge, Enugu, on the orders of her husband. She had  written to the human rights organisations, seeking her release.
Governor Chime had, however, denied any such motive, stressing that her wife’s restriction was based on her health challenges and on the advice of her doctors.'
Posted by MAN ABOUT TOWN at 4:06 AM