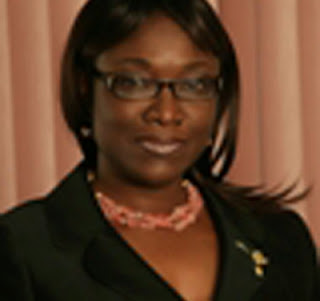 Loss of Appetite for Consumer Products

In the recent past especially before the current dispensation in the Nigerian banking industry, banks used to compete for consumers’ attention through bouquets of irresistible consumer products. In the print and electronic media, Nigerians were inundated with adverts and jingles showcasing various opportunities in banks for those seeking to acquire basic necessities of the modern life. These included cars, house accessories like air-conditioners, fridges/freezers, washing machines and even funding for properties.

However, the reality today is that quite a number of banks appeared to have significantly scaled down their participation in consumer promotion.

As banks’ enthusiasm for consumer product financing wanes, some industry watchers said the regime of tight regulatory policies should be blamed for the development because of the compelling need to deplore the little resources available only to areas that guarantee good returns.

However, Skye Bank’s Executive Director, Retail Division/South-South Business Development, Mrs. Ibiye Ekong, would rather blame the lack of consumer data for the failure of banks to recoup investment in project financing, a development she blamed for the loss of interest in the exercise.

Speaking on Skye Bank’s participation in consumer products’ financing, Mrs. Ekong said, “At Skye Bank, initially, we started aggressively by giving loans to retail sector, meaning if you work in a place and you want a car, we can help you finance the car of your dream. We, however, experienced the fact that because we do not have a database of all Nigerians, it is easy for someone to come to the bank and ask for a car facility. We will ask for his pay slip to confirm where he works, take his data including house address and he goes away with the car. When we don’t see him anymore and we go to his place of work and we are told he no longer works there, there is no way of tracking him. So we have slowed down on consumer products. I believe the credit bureau the CBN is pushing aggressively will help us a lot”.

“Skye Bank has always focused on retail segment and that is why we have an executive director driving the retail business. It is true that the mop up of public sector funds impacted on all the banks because Nigeria, as we all know, is a public-sector driven nation. The fund flow is from the centre, both from the federal government down to states and local governments. So when you now have a situation whereby some of these funds sitting in banks’ books move to the Central Bank, you are bound to feel the squeeze. The challenge for us is not peculiar to Skye Bank but it is for all the banks to go back, and driving commercial business and retail business, which means you must make sure that your services are such that will attract people to come into your banking premises to do business. You must also support businesses because money follows money. When you support business, the result is that their business will grow and it will impact on your own balance sheet. We are going back to the basics. We have always focused on customers but we are making sure we have infrastructure and infrastructure means people and resources, the people that are working, cash in the ATMs, and that the banking halls are convenient; customers can do transactions in different ways- electronically or physically. Our payment systems are in order, that means a customer that wants to transact business with a third party can quickly do so without fears because there is guarantee that the money will be paid into his bank. So, we are doing that, getting the system ready for driving the retail business”.

Skye Bank is doing well in the South-south region and Ekong corroborated this. “We are doing a lot in the South-south. My area of coverage extends from Rivers, Cross River, Akwa Ibom and Bayelsa.  In Akwa Ibom, we have identified some businesses that we are giving support, providing finance and we also work with the state government. The state government encourages a lot of entrepreneurship. They give contracts to individuals to develop that capacity within the state so we support them by giving them advanced payment guarantees; we work with them to make sure those contracts are executed. So that’s what we do.
“In Rivers State, there are supermarkets and we are doing finance for them and they have done a lot of transactions. From one shop, the customer has other shops operating in the state capital. We supported educational sector so schools need financing to expand capacity.
We went into transport, partially successful but we are still working on it to make sure we create entrepreneurs; people who will start to own their fleets of buses to run transportation. But we empower a lot of people through the taxi scheme, so that is what we are doing in the South-south. We have entered into discussions with Bayelsa State government to see where we can play a critical role. In all these places, our interest is in equipping people to grow, for businesses to expand”.

“This year, we started the process of engaging SMEs, we set up seminars and the essence is to begin to introduce these businesses as a way of life that we support them when they need funding. One of the biggest problems that we noticed as financial institutions is that some of those who come to you sometimes do not have the requirement to meet their needs. Someone can come to you and say he has been thinking on how to open up a particular business but when it comes to numbers, the requirement in terms of financial analysis becomes a problem. So, we are beginning to tell people that it takes people more than a dream for you to actualise that objective. You need to also do the numbers. The financial institutions act like intermediaries. The finances should be used to generate resources. If I’m unable to achieve this then there will be a problem because there is no way I will be able to recover the money taken from the bank. So I have been telling people that there is need for us to look at the paper work, cash flow projections; where is your financial document; where is your profit and loss statement?

“In some of the businesses today, there is no demarcation between the businesses and the personal finance, so what the man does is, because he is making sales, he decides to use part of the proceeds from the sale to pay his house rent thereby strangulating the business. We have begun to tell people to separate personal finance from business. We encourage people to take loans because, because loans enable you to establish some forms of discipline. That you are able to pay means you are able to track your cash flow because you know it doesn’t belong to you. Apart from the seminars on this, we are also doing partnering with some organisations; we have some expertise looking at value chains; where are the businesses? Where are the opportunities? Where do we go in? Where are the growth rate areas? We did the seminar in Lagos and we are also going to Abuja. We are going to Port Harcourt and one state in the South-east, which we haven’t agreed on”.

“Lagos is very cosmopolitan in every sense of the word, meaning that you have the government doing a whole lot of things, so if you want to play in the government business, the opportunity is there. If you go to other sectors, we have manufacturing concerns, well represented in Lagos State. You have the oil companies, educational institutions-the top end, the middle and the lower. But when you go to South-south, especially in Cross River, there is a bit of commercial activity but it is not as big as what obtains in Akwa Ibom. In Akwa Ibom, you will see a bit of commercial activity driven mostly by the state government activity.  In order to encourage the sector, the state government provided some funding and then activities pick up in that sector. They build school and then people begin to have training opportunities.
“Rivers is semi-cosmopolitan. In the state we have the public sector, which is heavy so they get a lot of money from FAAC and then the IGR is growing but in terms of commercial activities, you have maybe the oil players are doing one thing or the other but a lot of activities are on offshore. A lot of money is spent either offshore or even abroad or Lagos because most of their head offices are predominant in Lagos. “However, we have a lot of commercial activities- the one-man business, the man selling provisions, selling cloths. In Port Harcourt, there is hardly a street where you won’t have a shop next door, so those are the opportunities you have to tap. The drive for Port Harcourt is the closeness to the South-east cities of Aba and Owerri. The average Aba man or Owerri man is an entrepreneur, so anywhere there is opportunity to sell, he moves there. People come to Port Harcourt to trade and then go to Aba in the evening to sleep. It’s that close, so that drives the activities going on there.

“In Bayelsa, if government doesn’t spend, a lot of people start losing sleep although there is a little bit of commercial activity which you will see in every state capital, so the opportunities are much more in Lagos. It’s in Lagos you can have transactions in billions. If you have transactions in billions in Rivers State, it will either be a government contractor, major oil and gas operation but not the way it is happening in Lagos.”

Describing the relationship between the bank and the South-south governments, she explained that Skye Bank works with the states on the internal generated revenue as technical partners and that the bank also ventured into transportation.

“As you know, transport is a very tricky business, so we haven’t really mastered it. We also bank different government ministries, parastatals and local governments. For local governments, we do a lot; we manage their salary administration, contractor payment to make the system fraud proof, so we use electronic banking to drive it. We are entering into that kind of partnership with government”.
Posted by MAN ABOUT TOWN at 3:10 AM